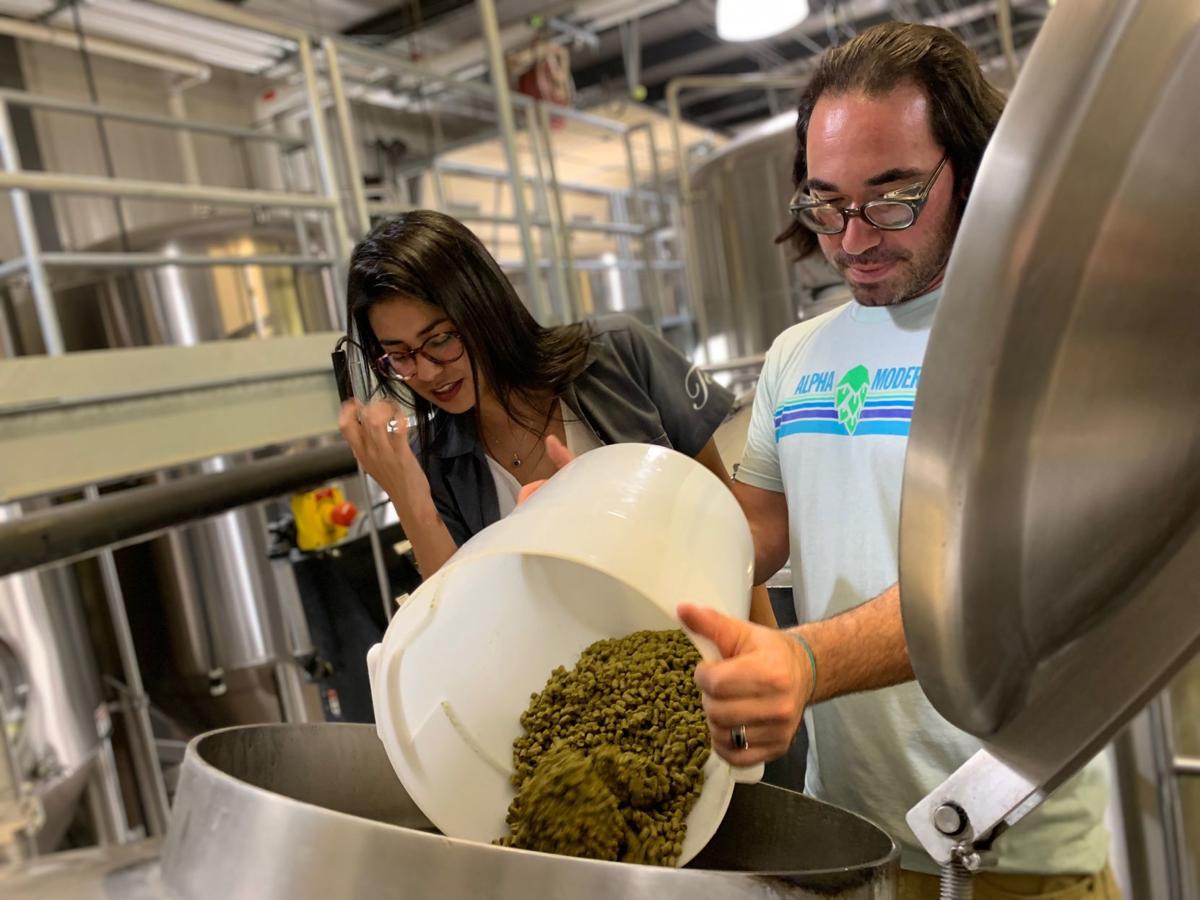 Brewers Ángela García of Primus Microcervecería and Mike Boden of Zipline Brewing add hops to the boil kettle for Beyond Borders, a limited-edition beer the two breweries collaborated on. 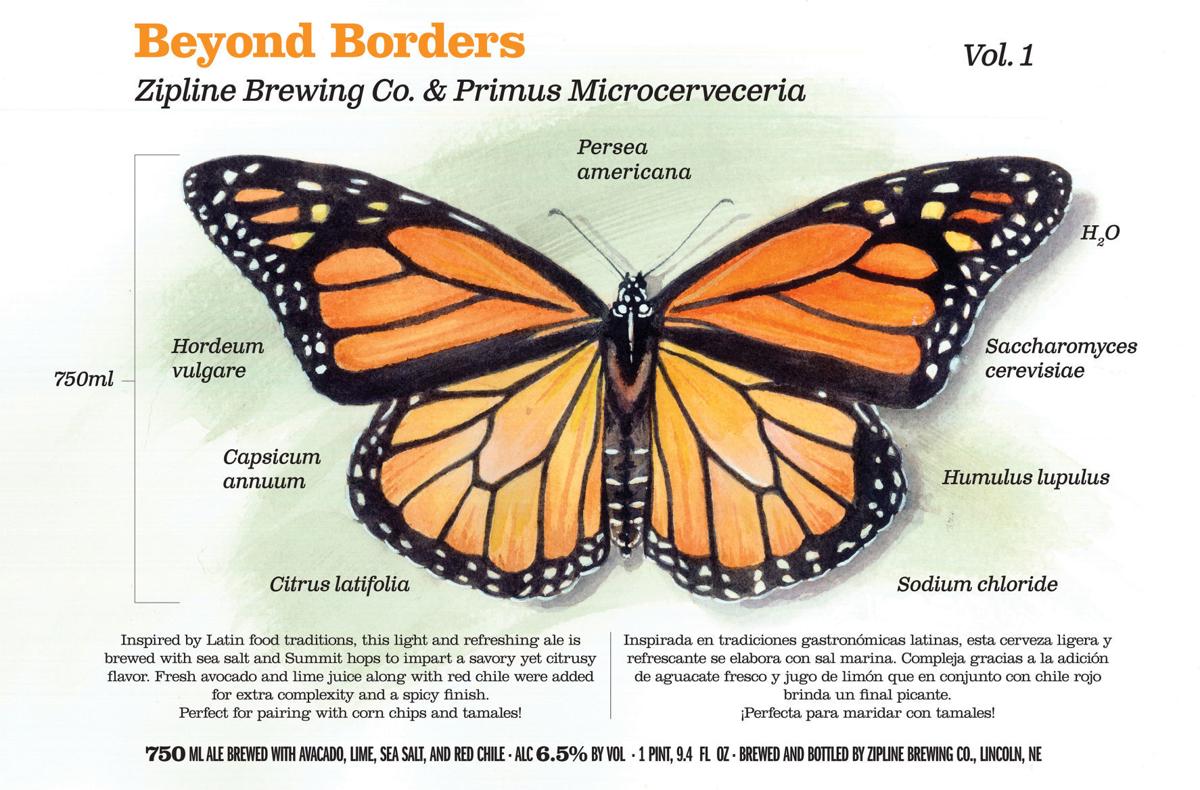 The label for Beyond Borders features a butterfly.

The Lincoln-based brewery has partnered with a brewer from Mexico City to produce a beer that it says highlights the skills of brewers on both sides of the border.

Zipline described Beyond Borders, brewed in collaboration with Primus Microcervecería, as a light ale brewed with avocado, lime, red chile and sea salt.

It is the second time Zipline has collaborated with an international brewery. In 2015, it jointly produced a beer with Harbour Brewing of England. At least one other Nebraska brewer, Nebraska Brewing Company in La Vista, has also done an international beer collaboration, partnering with a Chinese brewery in 2017.

“We wanted to produce a beer highlighting the importance of shared ideas and cultures in our community,” Zipline co-founder Tom Wilmoth said in a news release. "We could not have found a better partner for this project.”

Primus is one of Mexico City's top craft breweries, with awards including the best beer in Mexico in 2015.

Jaime Andreu, who co-founded the brewery, said he and his co-founder, cousin Rodolfo, "quickly became fans of the project,” after meeting with Zipline representatives a few months ago.

“The point of this project is to celebrate diversity in the international craft beer community and to emphasize the creative spirit that transcends borders," he said in the news release. "And, of course, to make a great beer.”

Beyond Borders will be produced at Zipline's brewery in Lincoln. It will be available on draft in various establishments across the state as well as in limited edition bottles at Zipline's four taprooms in Lincoln and Omaha.

At Francie & Finch, just south of O Street on 13th, they're running out of bookmarks.

Another Lincoln brewery plans to branch out with a second location.

Boiler Brewing branching out with second tap room in Lincoln

Gummi bears or hibiscus? Lincoln breweries have their own 'weird' beers

At the recent Strange Brew Festival in Reno, Nevada, you could find beers brewed with steak, onion, macaroni, pickle and garlic bread flavors.

NEDA walk gives hope to those suffering from eating disorders

Katie Brock has first-hand experience with what it's like to struggle with an eating disorder.

Bakers Candies is still putting a few finishing touches on its new outlet store in Greenwood, but it will officially open on Friday.

An Italian restaurant based in Grand Island has opened a Lincoln location.

The Lincoln Chamber of Commerce and Zipline Brewing on Monday announced plans for "The One-Fifty," a special commemorative beer to celebrate the Chamber's 150th anniversary in 2020.

A local craft brewer is jumping on the low-carb bandwagon.

Brewers Ángela García of Primus Microcervecería and Mike Boden of Zipline Brewing add hops to the boil kettle for Beyond Borders, a limited-edition beer the two breweries collaborated on.

The label for Beyond Borders features a butterfly.