A Lincoln-based craft brewer has announced plans to expand into Mexico with a new beer brewed specifically for what's called the "Super Bowl of sportfishing."

Zipline has brewed Livewell Lager for the event, a beer it describes as a "clean-drinking 5% (alcohol by volume) pale lager designed for long days on the water and longer nights on shore."

“We couldn’t be more excited to launch our entry into the Mexican market than by associating with this great event,” co-founder Tom Wilmoth said in a news release. “It’s the Super Bowl of sportfishing and we’ve crafted a beer with that competitive spirit in mind.”

It is also considered the world's richest fishing tournament, with the winning team often pulling in more than $1 million. Last year, the tournament offered nearly $4.6 million in prize money.

Craig Reier, Zipline's director of marketing, said its deal with Bisbee's was sort of a happy accident.

"The long and short is: We reached out to maxiaNET about distributing our beer in Mexico, and they wanted to work with us. They import other U.S. beers, such as Stone Brewing," Reier said in an email. "MaxiaNET contacted Bisbee’s about doing a beer for their fishing tournaments, and apparently they loved the idea."

Bisbee's, which is based in Plano, Texas, said on its website that it wasn't sure this year's tournament would even happen because of the coronavirus pandemic.

Early on in the pandemic, the Mexican state of Baja California Sur closed its borders and restricted fishing to only local residents. Bisbee, however, said it worked with local government and tourism officials to come up with protocols to safely host its tournaments.

Zipline said it will follow the release of Livewell Lager in Mexico with its flagship, Great American Beer Fest gold medal-winning Copper Alt, and German-style Kolsch.

“These beers are perfectly suited for the market, as they are full-flavored, yet easy drinking and exceedingly enjoyable,” Wilmoth said in the release.

Alison Reckewey has expanded the mission of her business — Spitfire July — with the goal of helping nonprofits that provide services and assistance related to issues she is passionate about.

The Lincoln brewery said the new drink line will be available soon in its taprooms.

Reviewer: Calzones I’ve tried at local pizza places tend to have too much bread/crust to them, but that’s not the case with D.P. Dough. 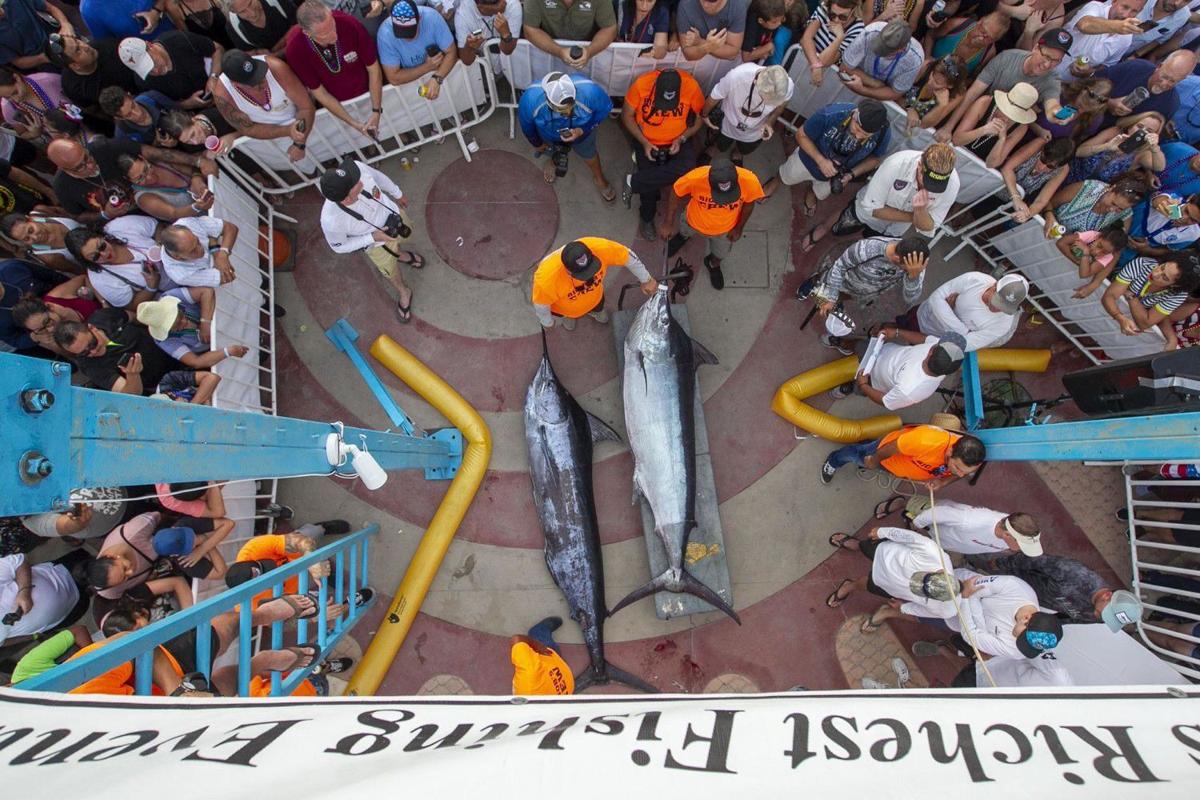 Marlin are weighed on the first day of the Bisbee Black & Blue marlin fishing tournament in Cabo San Lucas, Mexico on Oct. 23, 2019. Zipline Brewing created a new beer, Livewell Lager, for the event that will mark its entry into the Mexican market.

Zipline Brewing Co. created Bisbee's Livewell Lager to be the official beer of the Bisbee's Black & Blue, one of the world's largest and richest sportfishing tournaments.