As construction on the long-anticipated South Beltway moves closer to the finish line, most everyone agrees on one thing: the new 11-mile freeway creates a wealth of development possibilities.

Homes and grocery stores and restaurants. Manufacturing companies and warehouse distribution centers. Data centers and office space for local businesses. Hotels and specialty shops and maybe even a convention center.

Development and the South Beltway are like plants leaning toward the sun: The city was already growing south, the beltway will draw it faster, he said.

But some developers worry the city isn’t thinking aggressively enough about that growth to an area still largely unserved by sewer and other infrastructure, and they wish there’d been more thought to providing it in the latest update to the comprehensive plan, especially on the east end of the beltway.

“I think we wanted them (city officials) to think more about the potential of what could happen with growth,” Synhorst said.

Rick Krueger, who is developing Woodlands at Yankee Hill, a growing residential area near 84th Street and Yankee Hill Road, said for decades Lincoln’s growth patterns have been to the south and east. That’s where land values are the highest.

“People want to move south and east in Lincoln,” he said. “It isn’t good or bad. It just is."

Enter the long-awaited South Beltway — a $352 million project by the Nebraska Department of Transportation slated to be done sometime next year that will connect Nebraska 2 southeast of Lincoln with U.S. 77 to the southwest.

The freeway will allow truck traffic to skirt Lincoln streets, with easy access to Interstate 80 via U.S. 77.

That creates a great opportunity for manufacturing and industrial development, as well as retail, Synhorst said.

“I think it’s a blank canvas for some really innovative developers to come up with some great ways (to use the land),” he said. “The ideas are endless, right?”

Maybe a medical clinic or auto services. Maybe larger retail areas. The beltway, he said, will be a game-changer.

“I think the city’s going to have to be nimble in the comprehensive plan to adjust for the wants and needs that may come up,” he said.

Krueger said where the beltway connects to Nebraska 2 at about 120th Street will be a major transportation hub, especially when the East Beltway follows — and developers say the city should extend the Stevens Creek sewer trunk system in that direction.

“Those major transportation hubs, you just can’t ignore them,” he said.

“It would be very costly to jump over all that undeveloped land and put sewer down there,” he said. By extending the sewer lines as the city grows allows developments to help pay for it, he said.

Several years ago, the city built a trunk sewer line that opened up the Stevens Creek basin for development east of 84th Street, dramatically spurring growth in northeast Lincoln. It’s now extended as far south as Van Dorn Street, opening more of that area to development.

The 2050 comprehensive plan prioritizes more eastern development as far south as Pine Lake Road, but the area south of that — including where the South Beltway reaches Nebraska 2 — will happen later.

“We have decades and decades of this regular growth,” Cary said.

City officials did see the potential created by the beltway, and prioritized growth south to the new freeway — and beyond — but farther west, generally from 27th Street to 70th Street.

About the time the South Beltway opens, Lincoln Public Schools will be set to open the new Standing Bear High School at 70th Street and Saltillo Road, not far from the freeway. And Bryan Health said it picked the area of 40th Street and Rokeby Road for its new April Sampson Cancer Center in part because of its location near the expressway.

Gas stations, fast-food places and hotels will likely come to that area nearest the beltway, Cary said. It will also help fill the demand for “light industrial” development — offices or electronics companies or those that make consumer goods, he said.

Much of the land farther from the beltway will be residential, Cary said.

The opportunities presented by the South Beltway will also impact small towns, and Lincoln has to be careful not to lose businesses to them, said Robin Eschliman, a local commercial real estate agent who co-hosts the “Grow Lincoln” radio show on KLIN-AM.

The most important thing is to be ready to take advantage of the opportunity, she said.

“Are there community leaders willing to step up in the private sector to make things happen, and is the city ready to step up?”

Construction wraps up on Missouri River bridge at Nebraska City

The Missouri River bridge at Nebraska City will reopen to two-lane traffic in both directions on Monday.

As 54th Street reopens on Wednesday, South 38th Street between Saltillo and Bennet roads will close.

Following the overnight closure, northbound and southbound traffic on U.S. 77 will use the new traffic lanes and bridge, just east of the existing traffic lanes.

Omaha construction company to give $2,000 to hourly employees

Omaha-based Hawkins Construction will give $2,000 to each of its 350 hourly employees out of its newly created inflation protection fund.

Monkeypox: What we know about the virus as the WHO considers if the outbreak is an 'emergency'

Monkeypox: What we know about the virus as the WHO considers if the outbreak is an 'emergency'

When you should use credit over cash

When you should use credit over cash 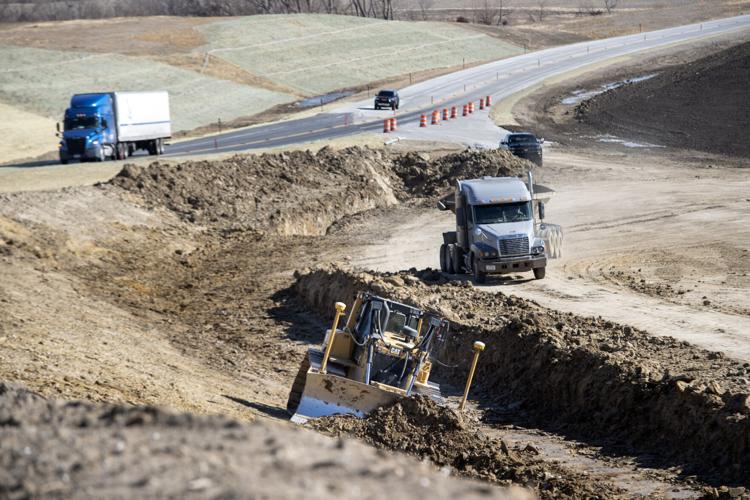 Work continues to build an interchange at the east end of the new South Beltway this month. Developers point to the area where the current Nebraska 2 intersects with the beltway as a magnet for residential and business growth, but city leaders say expansion in that area is still years away. 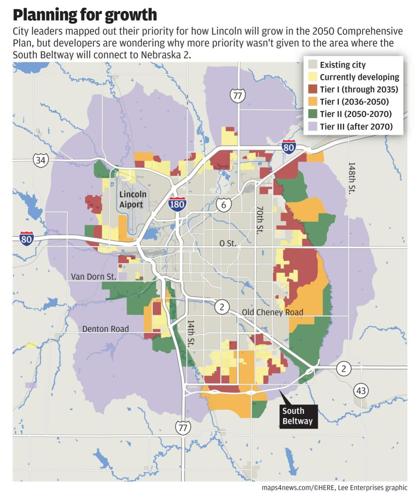 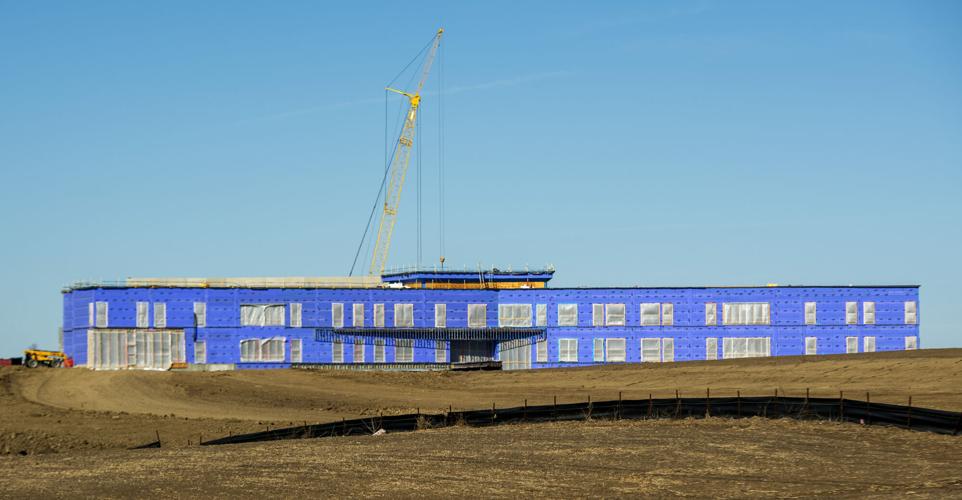 Standing Bear High School, under construction at 70th Street and Saltillo Road, is only a short distance from the South Beltway.