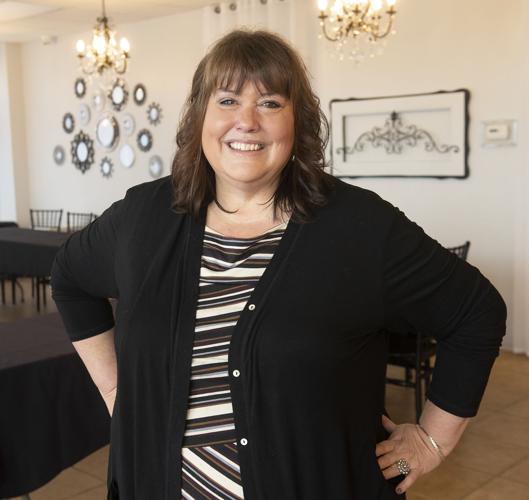 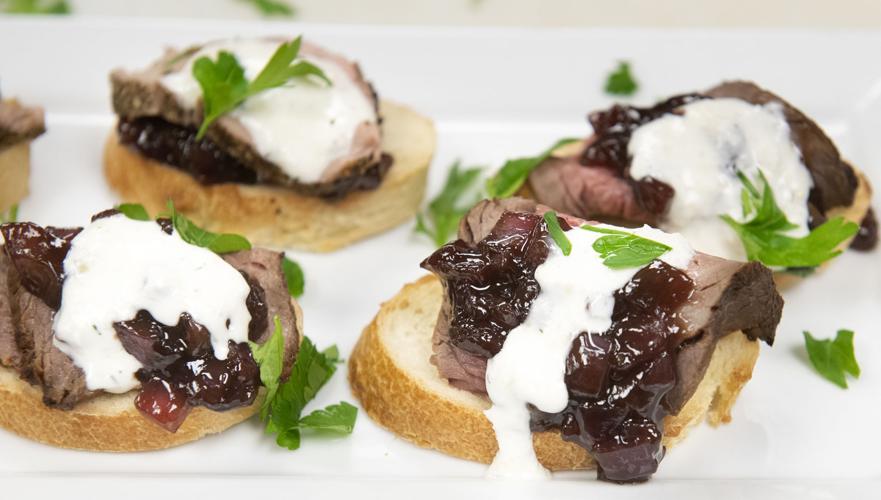 Laurie Fraser was leading a growing catering business when the pandemic hit. Her path forward: being "incredibly aggressive."

She and her Doorstep Diner co-owner, Chef Jeff, went off the payroll to try to save the staff. "Then five days later, we can't even pay our staff; we all went on unemployment. It was awful."

She noted the number of vendors she works with and supports. "I don't think people really understood that ripple effect in the hospitality industry. … These shutdowns just don't kill us, they just go throughout the community."

Fraser used social media, "pretty much the only tool I had at that point in time because people weren't in their offices." She called potential clients at any hint of a food or catering need.

Dining Out in Lincoln: Is there a better combo than tacos and tequila? Tipsy Tina's in the Haymarket thinks not

Fraser had bought Country Sliced Ham in March 2020 right as the pandemic hit in Nebraska and everything shut down. That was a good and bad thing, she said. No one could dine in at the cafe, but Country Sliced Ham at 70th and O streets sells a lot of retail food and is known for spiral-cut hams.

Fraser said she and Chief Operations Officer Chad Klein are very extroverted. "It was really depressing to walk into our kitchen and walk past our staff lockers with their names on them and know that they weren't there. So going over to Country Sliced Ham, for he and I, saved us emotionally, because there were people coming in; there were things happening."

Doorstep Diner then landed a temporary contract with the state of Nebraska to provide food daily to those providing COVID-19 tests in Nebraska. The caterers were back in business.

In 2021, more events came back. Doorstep Diner adjusted its procedures for serving at weddings, special events and corporate lunches. One of those changes was the contactless buffet.

"Staff is masked and gloved, and we set up a sanitizing station at the head of our buffet line," Fraser said in an October Porch.com article. "We pass the plates … from staff member to staff member. Guests simply follow along the front of the line and do not touch serving utensils or their plates until the very end."

Fraser was a Lincoln Public Schools marketing teacher for more than a decade and was instrumental in DECA's development in Nebraska.

"I loved teaching, but I really just wanted to teach kids and I found that everything else got in the way," she said, so she moved to the private sector. She held several marketing jobs in the next few years while working to open her own business.

Why turn to a food-related business when she could have created any type of enterprise?

Chef's Table: Rachel McGill brings an artistic eye to the kitchen at Dish

They began a home-based delivery service for seniors and called it Doorstep Diner. About three months in, a client wanted them to cater breakfast. At first they said no, but finally agreed.

"Phone calls started coming in like crazy for us to cater … the demand was overwhelming."

Fraser realized her passion wasn't in preparing food in the kitchen, so she hired someone to do that and went to work for the Lincoln Independent Business Association as membership director.

She said her work at LIBA helped her gain future clients and learn about bringing on staff and more. With Doorstep Diner doing a booming business, Fraser gave up her LIBA job to return to the business full time.

Fraser enjoys keeping up with the latest trends in the catering world such as charcuterie and was the first in Lincoln to offer grazing tables.

She and her staff match the colors, theme and purpose of an event with food and decor. They even went so far as to dress up like Mad Hatters for a fundraising event. "The organizer was blown away, and the guests were blown away," she said.

They also focus on giving back by providing a meal to the family when they get their Habitat for Humanity home, and they routinely drop off extra food to the city mission or Matt Talbot Kitchen. "We should never be throwing food away, ever."

One of their programs allows people who buy daily dinners at the 5550 S. 59th St. catering center or the ham store to pay it forward and partner to provide meals for Child Advocacy Center families.

And when the pandemic hit and Doorstep Diner found itself with a lot of food on hand and all events canceled, the staff made up meals and sent them to the ham store. Fraser put it on the internet that those who were food-compromised could come get a meal.

It's not all work

Fraser is the longtime owner of a house built in 1922 and loves it. "We're keeping legacies going of these really old, historical homes."

She went to Spain in the summer for many years to teach conversational English in what were basically summer camps for adults. The slow-and-easy lifestyle of Spain fits her, Fraser said. "The people are amazing; the wine is good."

Fraser plans to go to Portugal in the near future and hopes to visit Amsterdam when COVID-19 travel restrictions are eased.

The 1922 house also contains Fraser's guitar collection. She was a vocalist for the folk, country, bluegrass group Black Eyed Susan from 2013-17 and still plays guitar for fun.

Fraser was nominated for the Inspire Excellence in Entrepreneurship Award, and her catering business has garnered a healthy number of awards and recognition for its work, including the Junior League of Lincoln 2017 Dish It Up Award, followed by Best of Show at the Lincoln Chamber of Commerce Savor the City, Enterprising Gambler Award from LIBA and recognition by the internet-based ThreeBestRated. Her business has won numerous Lincoln's Choice awards as well.

Fraser could go on and on about the difficulty of getting food and especially typical supplies. "Supply chain issues continue to be a problem," she said. "I can't get clear knives right now … I can get black knives."

She takes pride in getting locally sourced food, and on some occasions she's had to break the news to a bride that the menu needed to change a bit because ground chicken for meatballs, for example, wasn't available.

Fraser said she and Chef Jeff are actively pursuing retirement, but it may be five or six years off depending on the economy. She wants to make sure her company is solid before stepping back.

Arbor Day Farm's Apple House Market has reopened following a fire in September 2020. The remodeled facility has been expanded to over 6,000 square feet and will be powered by 62 solar panels to decrease the building's carbon footprint. 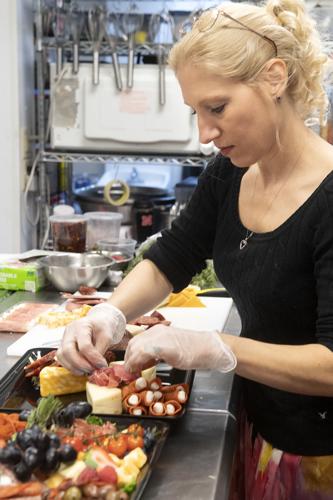