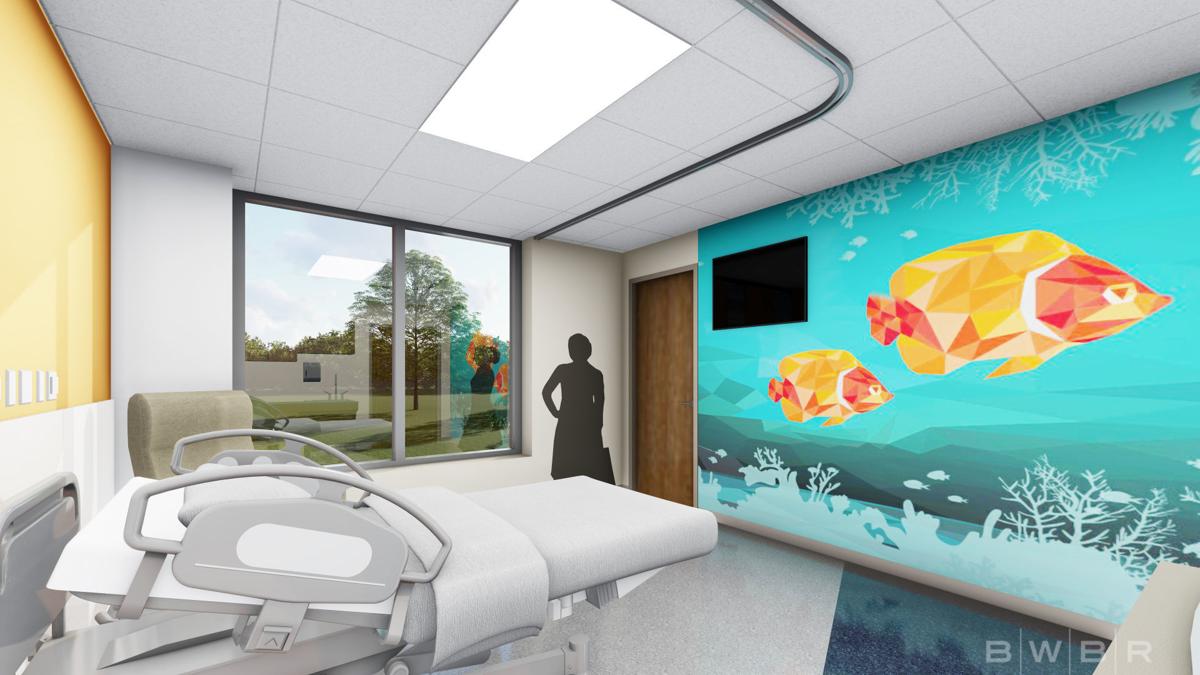 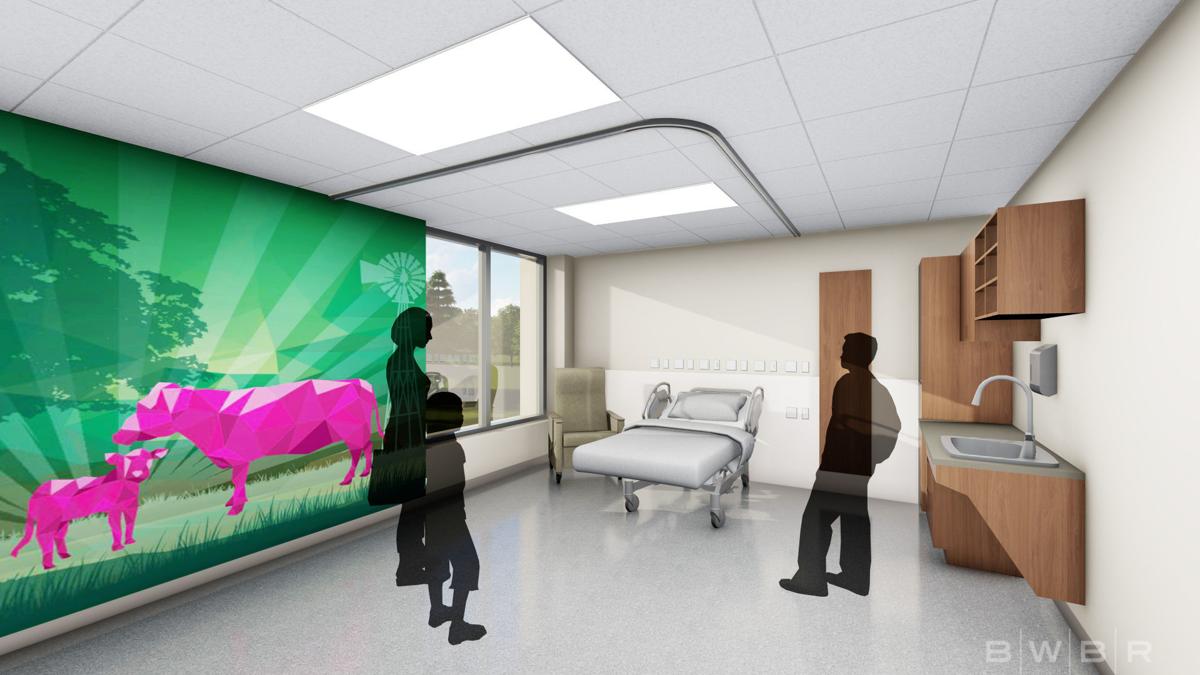 A trip to the emergency room can be scary for anyone, but especially for children and their parents.

Not only is there the anxiety of not knowing what's wrong, but there also are things that go on in ERs that children shouldn't have to see, said Derek Vance, president of CHI Health St. Elizabeth.

So the hospital is doing something about it.

St. Elizabeth is in the process of turning a former adult observation area into Pediatric Place, its new specialized hospital unit that will provide children’s emergency and inpatient care in one place.

The unit, which is next door to the hospital's existing ER, will have eight private rooms, each with its own bathroom, as well as a waiting area for families.

Once it opens sometime in November, any patient 18 or younger who comes into the ER will be routed to Pediatric Place.

Vance said the concept is called a hybrid emergency department, and it's something that is fairly unique, especially in the Midwest. He said the closest one he's aware of is in Texas.

In the hybrid model, pediatric ER patients are segregated into their own space, where they receive specialty care tailored to them in a secure environment.

At Pediatric Place, there are softer colors, art murals on the walls of each room and furniture that's made especially for children and teens.

"It's built around the needs of the family," Vance said.

While the unit will be covered by the same physicians who cover the regular ER, it will have its own staff of six specially trained pediatric nurses.

The unit is set up so that children who need to be admitted to the hospital can stay in the same room, meaning they don't have to be moved to another area of the hospital.

“We’re going to be able to deliver specialized care in a setting that is uniquely designed and dedicated for children,” said Gary Howard, director of emergency services and pediatrics at St. Elizabeth. “In most cases, this will allow for a child admitted to the hospital to remain in Lincoln close to their family and their family’s support system.”

Vance said Pediatric Place is modeled after a program at Johns Hopkins Hospital in Baltimore.

The idea was pitched by local doctors more than a year ago after they visited and learned about the Johns Hopkins facility. Construction started about two months ago.

"It's something our physicians are very excited about," Vance said.

Because the hospital was able to use existing space for the unit, it kept the cost relatively low -- less than $1 million, according to Vance.

The St. Elizabeth Foundation has raised more than $750,000 so far and expects to raise enough to cover the entire cost of the project.

However, the cost could rise, as Vance said he expects to expand the unit at some point.

Right now, St. Elizabeth sees about 30,000 patients a year in its ER, about 30% of which are pediatric patients, Vance said.

The new Pediatric Place will free up adult space in the hospital's 26-bed emergency department, but based on the positive response he's received, Vance said he expects the new unit to need to grow.

"We're very excited to see how quickly it grows," he said.

Jim Earnhart doesn't remember anything about the day of his accident, but his wife, Amy, recalls it quite vividly.

Katherine Rubottom-Nitt and Richard Nitt had planned to get married, but then she was hospitalized on bed rest midway into her pregnancy.

Cindy Lange-Kubick: A place for Ace, the little Husker and his last perfect night

When Ace Michael Moudy came barreling in for a hug — which he often did — he might just bowl you over.

Mollie Hope worked with a number of patients at Madonna Rehabilitation Hospital who would still struggle at home after completing physical therapy.

Plans call for a 120,000-square-foot building near 40th Street and Rokeby Road.

A report found that Lincoln had the fourth-highest increase in cardiac deaths among 45- to 64-year-olds in the country.

A former patient's donation allowed the facility to complete a "complete refresh."