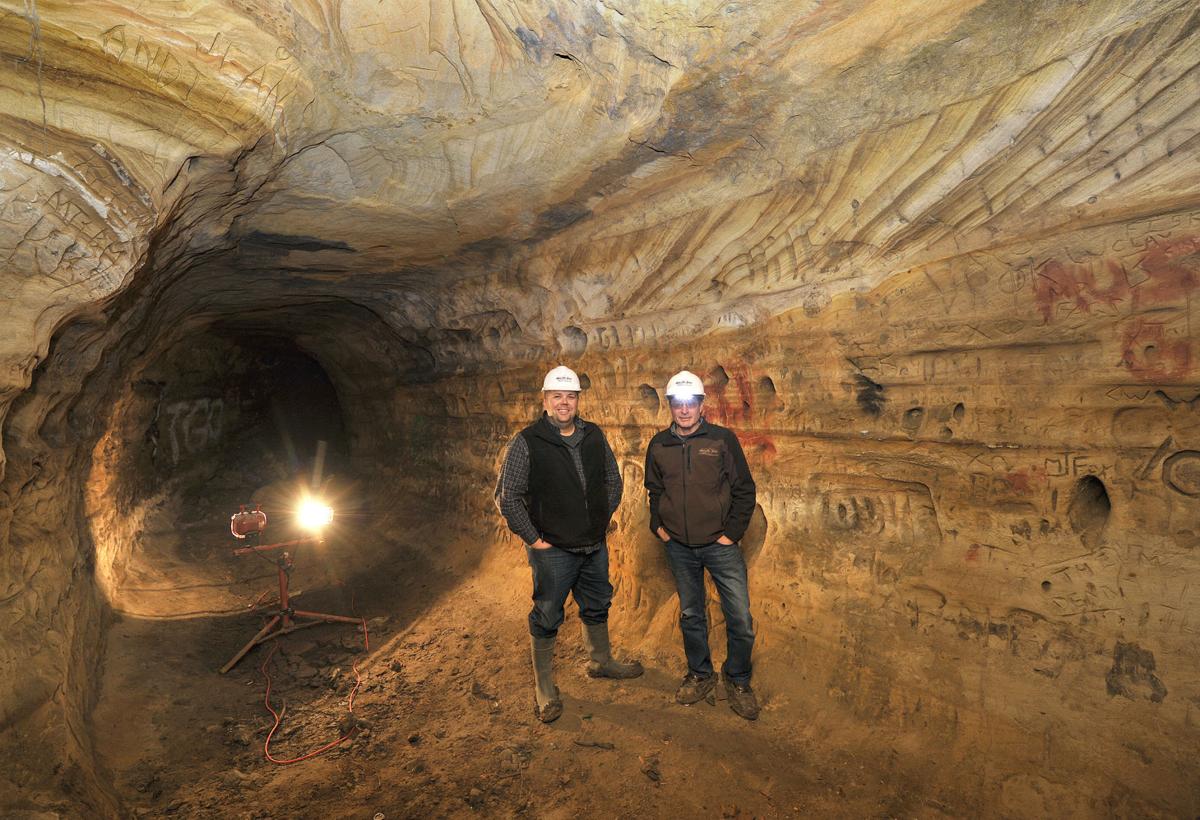 Blue Blood Brewing owner Brian Podwinski (left) and partner Sam Manzitto stand in Robbers Cave, the Lincoln landmark they bought as part of the brewery's $2 million expansion. The cave will be open in the next two weeks, Podwinski said. 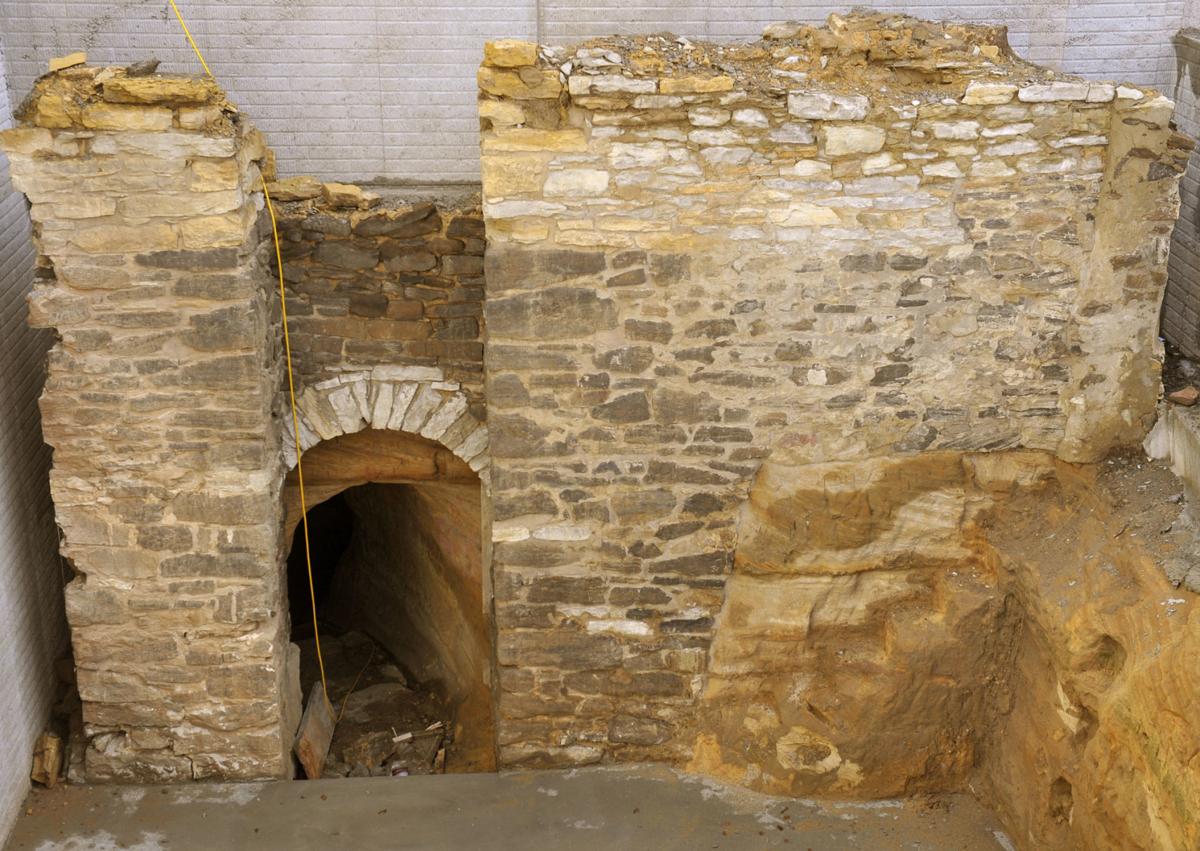 The builders of Blue Blood Brewing's 12,000-square-foot building enveloped the original entrance to Robber's Cave, near 10th and High streets.

The beer started flowing at Blue Blood Brewing at the beginning of the month, but its buried treasure -- the sandstone tunnels of Robbers Cave -- isn’t quite ready for public consumption.

“We’re extremely close,” he said Friday. “Within the next couple of weeks, the cave will be open."

The company opened its new 12,000-square-foot brewery, tap room and restaurant May 4 near the corner of 10th and High -- and directly atop the longtime Lincoln landmark.

The cave was first documented in the early 1860s, when settlers said they used it as a place to hide from nearby Pawnee. In 1869, Pioneer Brewery enlarged its tunnels for beer storage, with some of its excavated sand used to help build the Capitol and state prison.

The 5,600-square-foot cave spent most of the 20th century as an official, and sometimes unofficial, tourist attraction and picnic site; its soft walls bear the carvings of hundreds of visitors.

But it’s been closed for years, its entrance bulldozed and sealed.

Last year, Blue Blood started reopening the mouth of the cave, designing its building around it and excavating a second entrance. It’s since been working with city building inspectors to make the cave safe for occupancy, installing lighting, steps and, in some places, safety railings.

“Our biggest challenge is making it safe for fire purposes -- emergency exits and lighting -- without destroying the history of the cave,” Podwinski said.

The brewery was staging its first subterranean event Friday, a ticket-required tour of the cave.

When it opens Robbers Cave to the general public, it will charge $10, with some of that going to charity, and some of it applied to the customer’s dinner and drink tab.

The tours will always be guided, he said. “And here’s why: That cave is full of carvings and full of history. I don’t want people to destroy it.”

Getting neighbors to think about the future, each other

With food trucks, firefighters and a voter registration booth, the event planned for Wednesday evening near Ninth and D streets will likely lo…

For a man who overcame pre-construction delays and finding federally protected bats in the cave below his brewery, a little road construction …

A year of simply living: Lincoln family planning to see world, each other during ‘gap year’

They were surprised by the number of ties that kept them tethered to their routines.

Blue Blood Brewing owner Brian Podwinski (left) and partner Sam Manzitto stand in Robbers Cave, the Lincoln landmark they bought as part of the brewery's $2 million expansion. The cave will be open in the next two weeks, Podwinski said.

The builders of Blue Blood Brewing's 12,000-square-foot building enveloped the original entrance to Robber's Cave, near 10th and High streets.