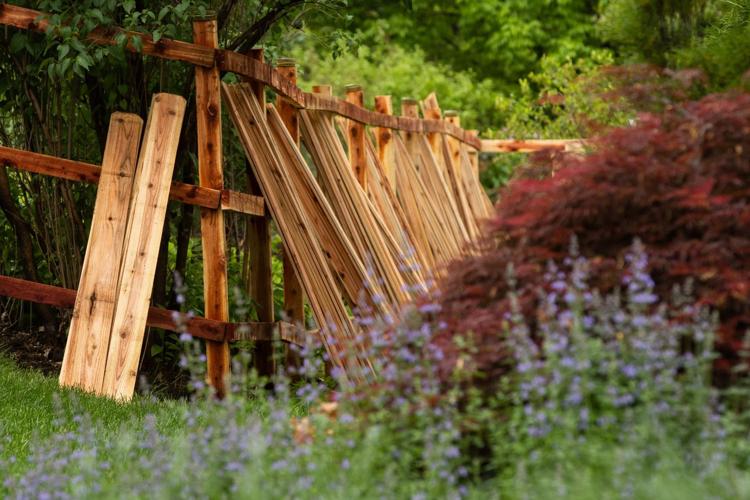 Building or replacing a backyard fence is costing a lot more these days as lumber prices rise. A shortage of lumber has put a strain on home industries. 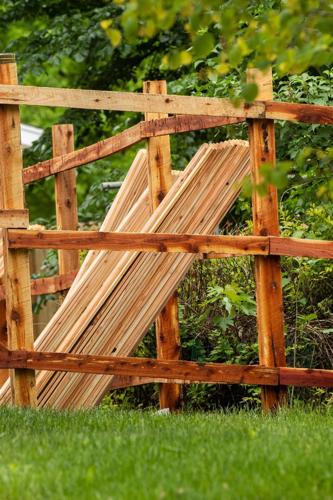 A backyard fence typically costs about $4,000, according to Jeff Weaklend, general manager of S&W Fence. But anyone not already under contract can expect to pay a lot more right now.

OMAHA -- If you’re looking to build a new house, replace a cedar fence or put up wood shelving in your basement, expect to pay more for lumber.

Recently, the National Association of Home Builders reported that lumber prices have risen by more than 300% nationally since April 2020.

“We’ve never seen a dramatic run like this in the entire time I’ve been in the business since the early 1970s,” said Rick Russell, owner of Omaha-based Millard Lumber.

Rising prices for both lumber and construction materials — and shortages of those items — have squeezed prospective homebuyers, builders and suppliers. And combined with limited numbers of existing dwellings on the market, overall housing prices are hitting new highs.

According to Dave Vogtman, an executive at The Home Company and Hubbell Realty and a member of the board of the Metro Omaha Builders Association, the lumber package for a typical two-story home measuring 2,600 square feet has been adjusted from $32,000 to $66,000.

Builders are also facing higher costs for other materials, including PVC pipe, shingles, appliances and garage doors. They are seeing price increases anywhere from 5% to 20%, according to Vogtman.

What’s causing the materials shortage and subsequent price hikes? Experts say it’s the surge in consumer demand in the wake of the COVID-19 pandemic.

“Supply and demand. It’s really as simple as that,” Brett Clarke, owner and president of Frontier Builders in Omaha, said in an email. “When COVID-19 first became an issue, many of the lumber facilities began to lower production as they thought there would be a decrease in demand.”

Instead, Russell said, the demand for lumber rose as people began to undertake home improvement projects.

“Demand increased very rapidly. (Lumber mills) were caught with short inventories. They have been trying to rebuild inventory since then, but they’ve never been able to do that,” he said. “As soon as they get something produced, it’s out the door.”

The lumber price increases have been dramatic enough that construction contracts have been adjusted and real estate agents are feeling the pinch between their clients and the homebuilders.

“It’s kind of a tough situation on both sides,” said Andy Alloway, president of the Nebraska Realtors Association and owner of Nebraska Realty. “You sympathize with somebody who doesn’t have a lot of wiggle room with their existing (home) loan. On the other hand, we’ve never seen volatility like this for lumber prices or commodities. And there’s just not a whole lot the builders can do. In some cases, they end up losing money.”

Why are so many jobs going unfilled in Lincoln?

No relief from existing market

The existing housing market is not offering any relief for prospective homebuyers who want to avoid rising costs for new construction.

According to Alloway, as of last week, the Omaha market had about 800 homes for sale. Ideally, in a balanced market, there would be enough housing inventory to last about five to six months, or about 3,500 homes on the market.

Instead, Alloway said, those 800 homes amount to less than one month’s worth of inventory.

“COVID threw a match on that,” he said. “With COVID, the demand for homes just skyrocketed, especially in certain price ranges, generally under $250,000. We’re seeing multiple offers on just about every sale, with prices generally going above list prices and other concessions made to sellers.”

The volatile market is making for some irritable homebuyers.

“It is an extreme market,” Alloway said. “Many first-time buyers are a little frustrated because they’re having to compete every time a new property comes on the market with generally several other people.”

The competitive market has caused the average home price in Nebraska to rise almost 10% in a one-year period, according to Zillow, to $201,027.

The lumber shortage has also put a strain on other home industries.

In normal times, S&W Fence would expect to have its lumber orders fulfilled in a matter of weeks. Now, as buyers compete for a depressed supply from the mills, General Manager Jeff Weaklend said orders aren’t being fulfilled for months.

Having anticipated the impending shortage in October, S&W Fence agreed to buy a year’s worth of lumber. But as those orders started being fulfilled, suppliers informed the west Omaha company that prices would increase by as much as 20%.

“Some of the companies are coming back and said they can’t honor the prices they had back in October,” Weaklend said. “That’s understandable. But it makes it challenging.”

The company decided to absorb the increased costs rather than pass them on to consumers who were already under contract.

“We kind of had our hands tied,” Weaklend said. “We needed the lumber. It really didn’t matter what the cost was at that point because we already had a bunch of jobs sold that were counting on that lumber to come.”

Still, homeowners looking to build a backyard fence — which Weaklend said typically costs about $4,000 — but aren’t yet under contract can expect to pay more while the materials shortage persists.

An end in sight?

If there are any silver linings, it’s that many professionals expect the supplies of lumber and other construction and home improvement materials to eventually meet demand.

They say it’s likely to take at least until this fall.

“We are hoping as we go into the fall, we will see prices start to lower,” said Clarke, of Frontier Builders. “However, all facilities are in highest gear to create as much of the material as they can. It really depends on if the demand lowers and allows them to catch up and create an excess.”

Millard Lumber’s Russell, on the other hand, is not making any predictions.

He said any lumber orders Millard placed today with its network of distributors throughout North America wouldn’t be fulfilled until late August.

By then, Russell said, who knows where prices will be?

“Things go up. Things go down. And, at some point, they’ll go down,” he said. “But right now, we’ve had no down weeks outside of one to two weeks in January. Even then, they were just a very minor dip. But for the last eight weeks or so, they’ve not only been creeping up. They’ve been rocketing up. You would hope that would at least slow down a little bit.”

The early days were tough for the founders, they remembered in a York News-Times interview in 2006.

Mike Wilson Says the Rally Could be Over

Mike Wilson Says the Rally Could be Over

Building or replacing a backyard fence is costing a lot more these days as lumber prices rise. A shortage of lumber has put a strain on home industries.

A backyard fence typically costs about $4,000, according to Jeff Weaklend, general manager of S&W Fence. But anyone not already under contract can expect to pay a lot more right now.