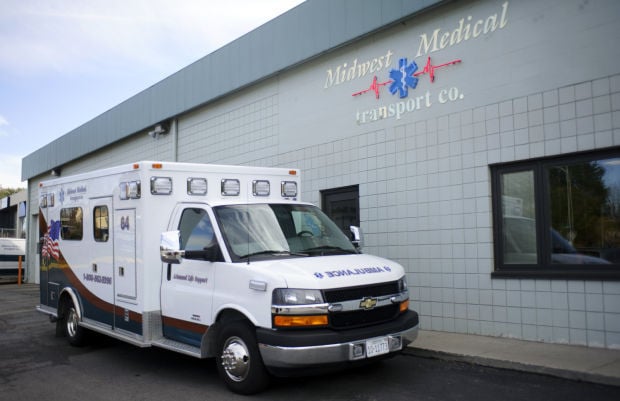 Midwest Medical Transport Co. has an office in Lincoln at 3001 O St. 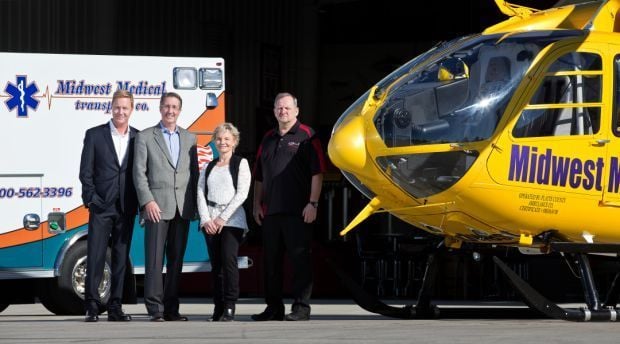 An Omaha-based private equity firm has bought a company that serves several Nebraska communities with ground and aerial ambulances and wheelchair vans.

Panorama Point Partners said it has acquired all of Columbus-based Midwest Medical Transport. Terms were not disclosed.

Kim and Jill Wolfe founded Midwest Medical Transport in 1987 with one used ambulance they kept in a Columbus storage unit. They've since grown to 13 ground ambulance locations, including one in Lincoln, and two bases for its helicopter service.

The Wolfes said they were ready to retire and enjoy life.

"It's time to move on," Jill Wolfe said.

General manager Jeff Shullaw has worked for the Wolfes for 15 years, and he's taking over as chief executive officer.

Clary Castner, former president and CEO of the University of Nebraska Foundation and one of the co-founders of Panorama Point Partners, said Midwest Medical will continue to operate as is, and there are no plans to change or reduce operations. The company has more than 350 employees, including more than 100 in Lincoln.

In fact, Shullaw said he wants to expand into more Nebraska communities and into western Iowa this year. Business in Kansas and South Dakota also beckons. More ambulances and wheelchair vans are on order, and Midwest may soon double its fleet of helicopters.

Castner said he and his co-founder Stephen George will form a board to oversee the company that will include representatives from companies that provided capital for the acquisition.

Castner said Midwest Medical is the first Nebraska investment for the firm, which so far has invested mostly in technology companies, including Lending Club, Porch.com and South Korean e-commerce company Coupang.

He and George, who previously was chief investment officer of Capricorn Investment Group, an asset management firm started by eBay founding President Jeff Skoll, are both Columbus natives.

Medics At Home, a private, non-emergency ambulance service, has opened in Lincoln at 2200 S. Seventh St.

What if someone showed up at a Lincoln hospital with Ebola?

A medical transportation company will station a helicopter in Hastings to complement flights from its base at North Platte Regional Airport.

Midwest Medical Transport Co. has an office in Lincoln at 3001 O St.