The coronavirus pandemic appears to have put a damper on companies seeking to expand in Nebraska.

Only six of the signed agreements include Lincoln as a project location, down sharply from 21 in 2019. But the largest deal in the state, at least in terms of investment, was the $600 million proposal from XXVI Holdings, the holding company of Google parent company Alphabet, which appears to be the company behind the proposed data center in northeast Lincoln.

The largest agreement in terms of jobs is one by Hy-Vee in Omaha, which lists 270 jobs. It's not clear if that application is for a specific project, however, as the company has not publicly announced any major expansions in the Omaha area. Hy-Vee officials could not be reached for comment.

Most of the incentive deals signed last year were small. Only nine of them proposed at least 100 jobs and only four proposed an investment of at least $100 million.

Companies that sign agreements must hit minimum levels of jobs and investment before they can receive any tax incentives. 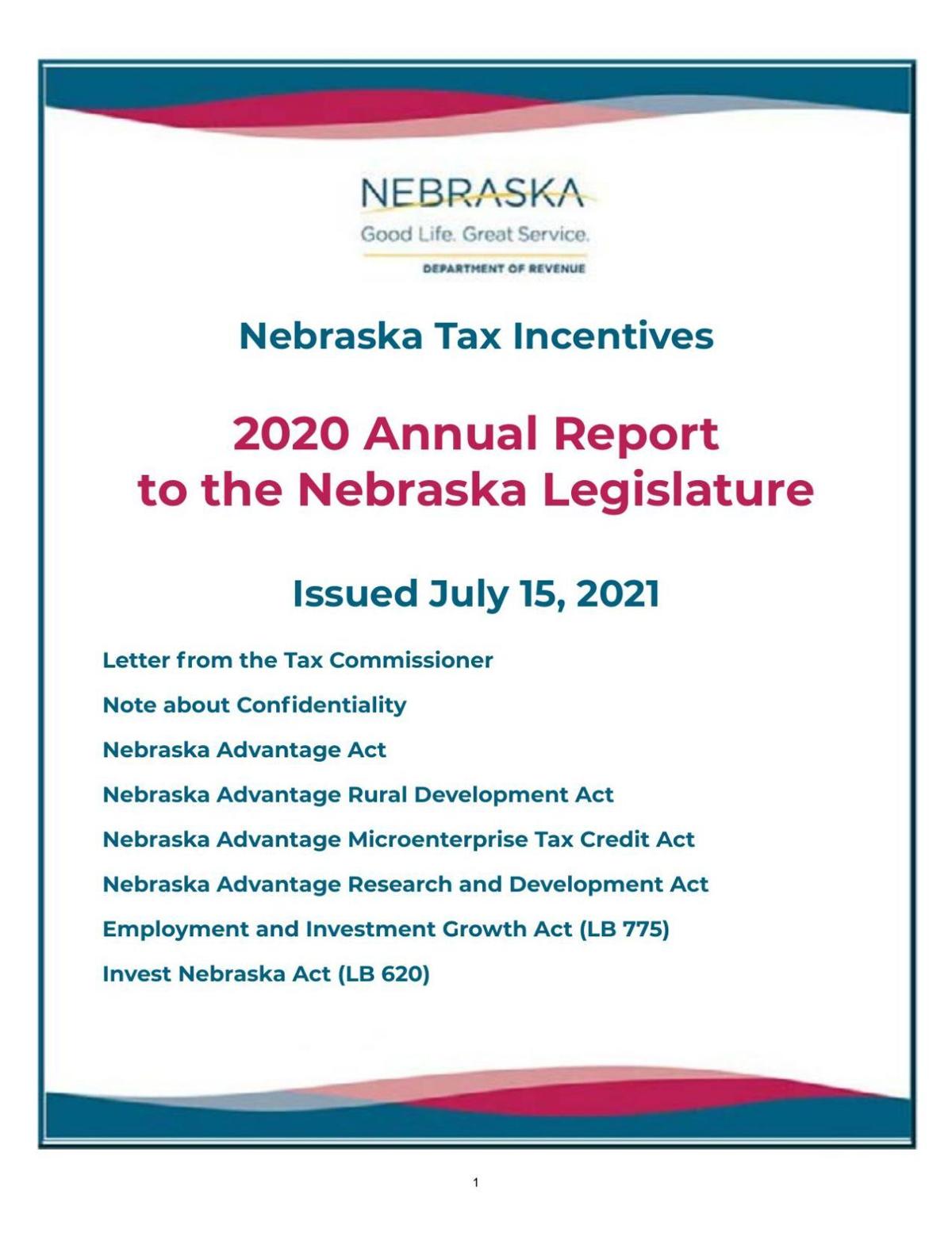 The company is planning to spend $200 million over the next 18 months and add more than 500 employees.

Lincoln pharmacy veteran swings for the fences with new venture

Lyn Leitner, who sold National Pharmacy in 2017, has opened a new type of compounding pharmacy, the first one in Nebraska.

A statewide economic-development initiative is calling for cuts in state individual income taxes and corporate income taxes among several steps to help boost the state's population and economy.