There were 15,668 initial unemployment claims filed in the state for the week ending March 21. That was a more than 1,800% increase from the 799 claims the previous week.

They were going to come back to learn how to do geographic analysis of where hospitals aren't in Nebraska. But now, should we start next week with how to repeat this analysis every week for the next six months? pic.twitter.com/UpJ7NnSx56

Nationally, unemployment claims rose by more than 3 million last week, also to a weekly record, as millions of people lost their jobs, at least temporarily, across a range of industries.

Among the hardest-hit industries by COVID-19 restrictions are travel, retail and restaurants. Many stores, restaurants and bars have either closed down altogether or gone to carryout and delivery only.

Albin said 40% of the claims from last week were from people in the hotel and food service industries.

"A sharp increase in first-time unemployment insurance claims was anticipated due to social distancing practices by consumers and businesses," said Eric Thompson, director of the Bureau of Business Research at the University of Nebraska-Lincoln.

He pointed out that first-time claims may remain elevated in the coming weeks as additional job losses occur and workers continue to file claims.

Albin agreed and said the state will continue to see a "large number" of claims. But he said he's hoping his office will have absorbed most of the hit by the end of next week.

As bad as the state unemployment claims numbers were, Creighton economist Ernie Goss pointed out that they were not as bad as the national numbers.

Nebraska claims represented 1.5% of the total workforce, he said, while the national claims added up to 2.1% of the workforce.

While most companies are struggling, there are a few that are thriving in the face of the pandemic, among them, stores that sell groceries. Many of them are adding employees and also boosting pay and offering bonuses to current workers.

Among the stores announcing compensation boosts recently was Hy-Vee, which said Wednesday that it will pay all full- and part-time store employees a 10% bonus on all their hours worked from March 16-April 12.

Fareway Stores, which has a meat market in Lincoln, also said Wednesday that it would give a cash bonus to hourly workers under age 18 and provide additional paid leave to workers older than 18.

Even though the surge in job losses is expected to be temporary, with many people returning to work after a few weeks or months, Ricketts encouraged laid-off people to consider looking for another job.

Unemployment benefits will end at some point, and people might be better off once the pandemic is over with a new job, he said.

The mall announced in a news release that it would suspend its hours, starting at 7 p.m. Monday, with plans to reopen April 6.

The Senate on Wednesday passed a $2.2 trillion coronavirus relief package despite an attempt by a group of senators including Nebraska's Ben S…

Ricketts at town hall: 'There's no governor in the country that feels like they have enough tests'

The governor was ready for questions from constituents Thursday night at an NET News town hall.

Talent Plus, which has been headquartered in Lincoln since its founding in 1989, issued a reduction in force to more than 40 employees this week.

If these weren't historic times, the first-term mayor would likely be announcing a new program, purchase or policy weekly instead of providing daily updates on the coronavirus.

The Nebraska State Auditor said Wednesday the effort to stabilize the economy by loosening restrictions on who qualified for unemployment benefits led to a lapse in internal controls designed to catch improper payments or fraud. 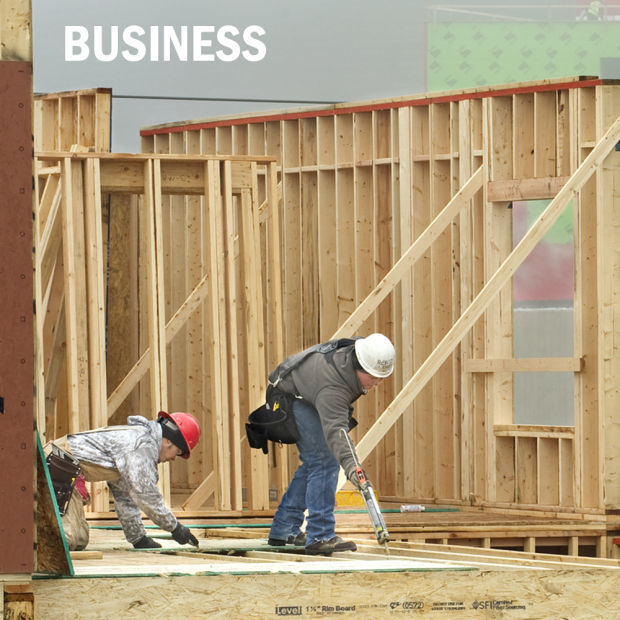