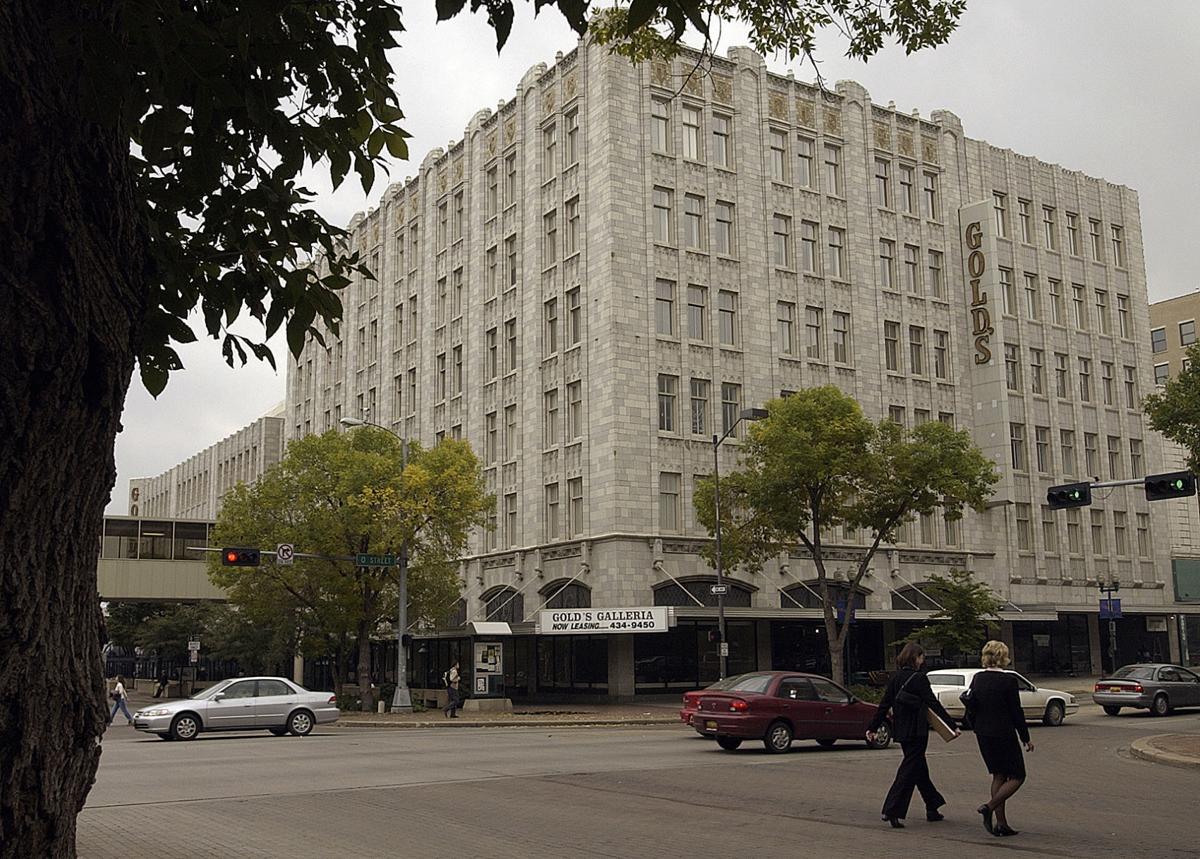 The Gold’s Building at 11th and O streets has been sold to a real estate investment company that plans a $15 million-$20 million redevelopment that will include a 110-room hotel. 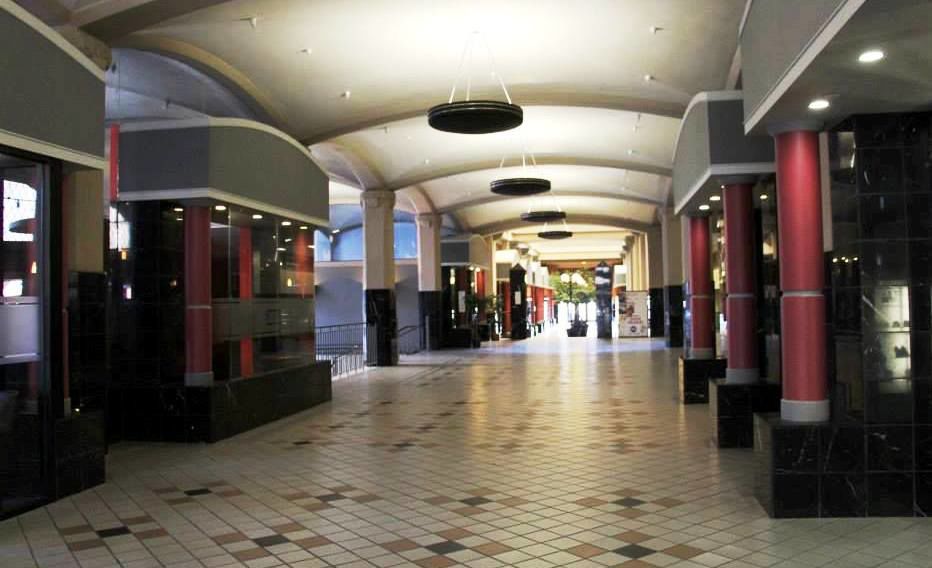 The ground floor of the Gold's building at 11th and O streets has small shops and some state offices.

Gerard Keating is a Florida-based real estate investor who mostly does projects there and in the Dallas area.

But the Atkinson native and University of Nebraska-Lincoln graduate also does the occasional project in the Midwest.

His company, Keating Resources, bought the former Gateway computers campus in North Sioux City, South Dakota, last year, redeveloped it and now has it at 80% occupancy.

Nearly 20 years ago, Keating bought the Federal Trust Building at 13th and N streets in Lincoln, spent several million dollars renovating and restoring it, got it nearly full of tenants and then sold it in 2011.

"Back then, I was the only person investing in anything (downtown)," said Keating, who graduated from UNL in 1987 and still owns a ranch near Atkinson.

But things have changed since then.

"Lincoln is certainly a different place now than it was 20 years ago," he said.

And he feels now is the right time to dive back into the downtown real estate market.

Friday, Keating closed on a $2.3 million purchase of the Gold's Building, which covers about half the block bounded by 10th, 11th, O and N streets.

The purchase price was only slightly more than one-third of the building's assessed value. Keating got such a good deal because the building was owned by a lender that foreclosed on its previous owner.

The opportunity to buy it for "below replacement cost" was one of the big factors that made the deal possible, he said.

With the building sale complete, Keating can now embark on his plans to restore the building to its former glory.

Work in the four-story portion of the building will start right away, Keating said, and will include upgrades such as new elevators, bathrooms and windows, as well as new paint and carpet.

He hopes to have that work done by August, at which point work on the hotel will begin. That work is projected to take a year, meaning the hotel would be open in August 2021.

Keating said he is leaning toward it being a Residence Inn by Marriott but is still considering all brands and plans to make a final decision by March.

He said the extended-stay model, where rooms will have full kitchens, will fit in well to the mix of hotels downtown.

The only extended-stay hotel in the downtown area is the Townhouse Extended Stay Hotel at 1744 M St. That is a locally run hotel that will not have the amenities that Keating has planned.

The first floor of the hotel will have "some unique" restaurants and bars. He said deals are in place and the names will be announced at a later date.

While there will be extensive work to the inside of the building, the outside will largely stay the same.

Keating said he is working with Nebraska Sign Co. to recreate three iconic 1950s neon "Gold's" signs from their original patterns to adorn the exterior of the building.

The Gold's Building was built in 1924 to house Gold's Department Store, a Lincoln staple for decades. It was bought in the 1960s by Omaha-based Brandeis, which continued to operate the store there until 1980.

The building was eventually repurposed and for years has hosted a mix of retail stores, coffee shops, restaurants and bars, and offices.

More than one owner has defaulted on the property, and it has been dogged by complaints of poor management. Last year, it was revealed that the building's fire alarm system hadn't worked for months.

“We are ecstatic with the smooth transition and are excited to see the asset acquired by such an experienced group with previous local ties,” Associate Broker Marc Hausmann said in a news release.

Keating said he has been in discussions with the city and plans to apply for tax-increment financing.

He said he's excited about the project.

"It will be the coolest building in Lincoln again."

One of the cab companies serving Lincoln has a new owner.

Businesses at 17th and Washington stick together, see room for growth

"I think there's a lot of room for growth and positive change in the neighborhood," the owner of The Violin Shop said. Nearby businesses include Russ's Market, Grateful Bread and a Goodwill location.

The redevelopment of the former Skate Zone site just north of 48th and O streets is finally starting to take shape.

Obstacles are a big feature of Michael Worley's courses, and the ones in Lincoln include a hole where you have to go down a slide and a zipline to transport players between certain holes.

The owner said he plans to develop the upper floors of the three buildings into market-rate apartments.

Drury Development, which is the development arm of Drury Hotels, is the potential buyer.

LES downtown headquarters building back on market with lower price

The company has listed the building with local commercial real estate firm NAI FMA for $2.7 million.

Planners give thumbs-up to O Street projects in Lincoln

Any new property taxes created through valuation increases could be used specifically for projects in the corridor, which could include streetscape enhancements, alley restorations and redevelopment of "significant" buildings.

Redevelopment plans obtained by the Journal Star envision a 15-story building on the southwest corner of 14th and N streets.

Hyatt laying off more than 200 people at Omaha call center

The hotel company announced earlier this week that it will be permanently laying off more than 1,300 people as part of a corporate cost-cutting initiative to deal with the huge drop in travel due to the coronavirus pandemic.

The pandemic has scuttled plans for a hotel in the building at 11th and O streets. It's now likely to be redeveloped into apartments.

The current developer, who scrapped a proposed hotel, has a deal to sell the building to Jeff McMahon, who plans a $35 million-$40 million apartment project.

The Gold’s Building at 11th and O streets has been sold to a real estate investment company that plans a $15 million-$20 million redevelopment that will include a 110-room hotel.

The ground floor of the Gold's building at 11th and O streets has small shops and some state offices. 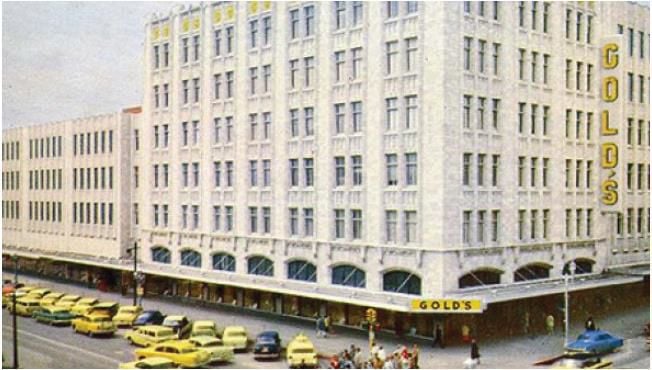 This photo shows the Gold's Building in the 1950s, which is the look that new owner Gerard Keating hopes to restore.