State and unemployment rates returned to more normal levels in October for the first time since the coronavirus pandemic hit in March.

According to the Nebraska Department of Labor, Nebraska's unemployment rate was 3% last month, while the rate for the Lincoln Metropolitan Statistical Area was even lower, at 2.7%.

The statewide unemployment rate in October was the same that it was in October 2019, while the Lincoln-area rate was only 0.2 percentage points higher.

Compared with September, the state rate was down 0.6 percentage points and Lincoln's was down 0.5 points.

While the economy clearly is better now than it was several months ago, it should not be taken as a sign that the state's economy has fully recovered from the pandemic, said Creighton University economist Ernie Goss, who called the reduced unemployment rate a "small comfort."

U.S. Bank closing more than a dozen locations in Nebraska, including 4 in Lincoln

Labor Commissioner John Albin in a news release pointed out that the total number of jobs in the state has been growing and exceeded 1 million for the second month in a row.

“Growth occurred in metropolitan areas, as well as the rest of the state,” Albin said.

But Goss said overall job numbers are disguising how bad things are in certain business sectors, such as restaurants and hotels.

"Leisure and hospitality firms continue to struggle, with very large job losses and much higher unemployment rates," he said.

In Lincoln, the drop in the unemployment rate does appear to be due mostly to growth in the economy. The Lincoln area had more than 3,100 more people working in October than it did a year ago and the number of total jobs declined by less than 200.

Goss said that's evidence that Nebraska's labor market has recovered more than other states in the region and the U.S. as a whole, but it doesn't mean times are good.

Instead, it means, the "negatives are getting less negative."

Enrollment at US community colleges plummets amid pandemic, and other top stories in business from February 21, 2021.

Enrollment at US community colleges plummets amid pandemic, and other top stories in business from February 21, 2021.

The U.S. Attorney's Office said they are members of the No Name Demons Gang. The Lincoln Safe Streets Gang Task Force "struck a major blow" against violent gang activity in the Lincoln area with the arrests, an FBI official said.

The CEO of the country's largest retailer of recreational vehicles told the Journal Star in an interview that he believes a Lincoln store should be open in 12 months or less.

For the week ending Saturday, there were 1,800 new cases reported, with a weekly positivity rate of 29.8%.

Nebraska initial unemployment claims back on the decline

Claims fell by nearly 400 last week to near their lowest level since the pandemic started.

Biz Bits: When a CEO's number shows up on caller ID

CEO and "The Profit" host Marcus Lemonis called the Journal Star's business reporter personally, and it caught him a little off guard.

Among the unknowns Eric Thompson, director of the Bureau of Business Research, sees are what President Joe Biden and Congress are able to hammer out on tax and spending policies, and how soon the pandemic can be brought under control. 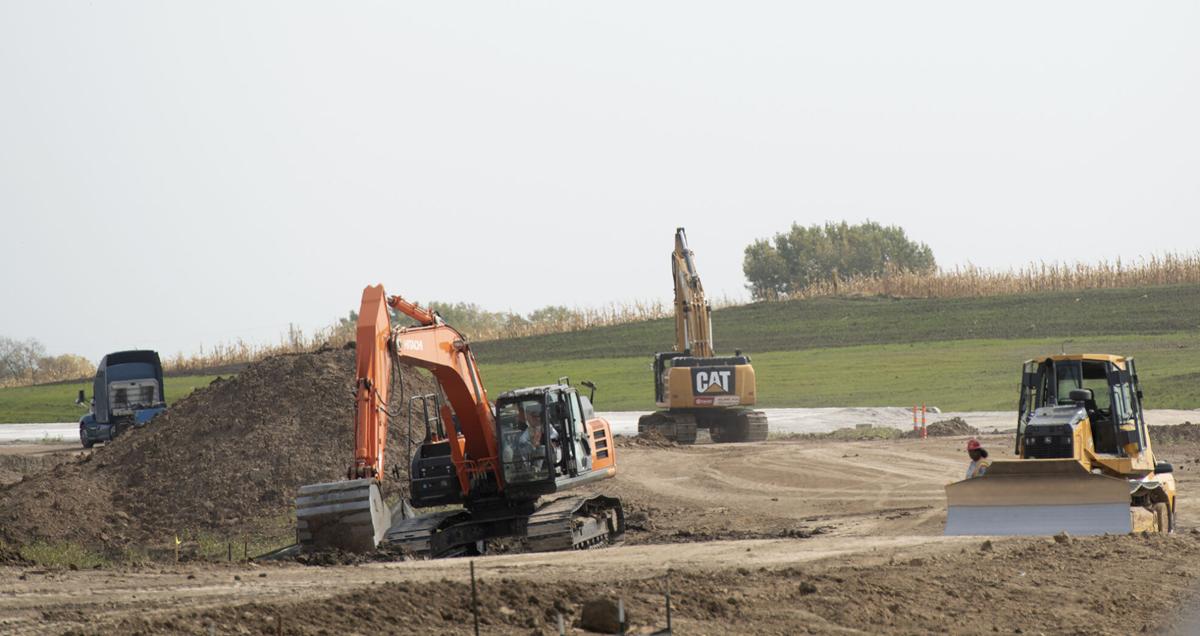 Crews work on the Lincoln South Beltway continues U.S. 77 south of Saltillo Road on Oct. 8. The state unemployment rate last month reached the same level it was at in October 2019.