Lincoln: Meet your new look
0 Comments
Share this
1 of 2 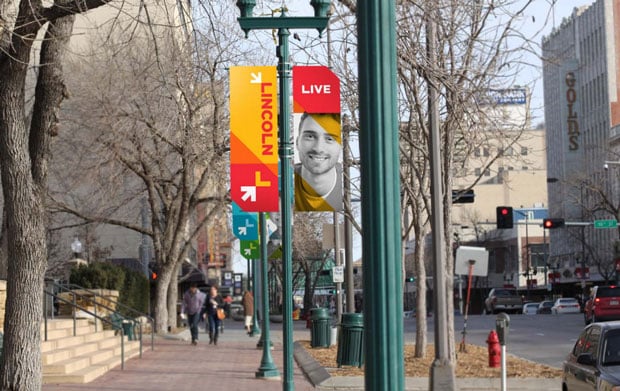 An example of how Lincoln's rebranding might appear along city sidewalks. (Courtesy image) 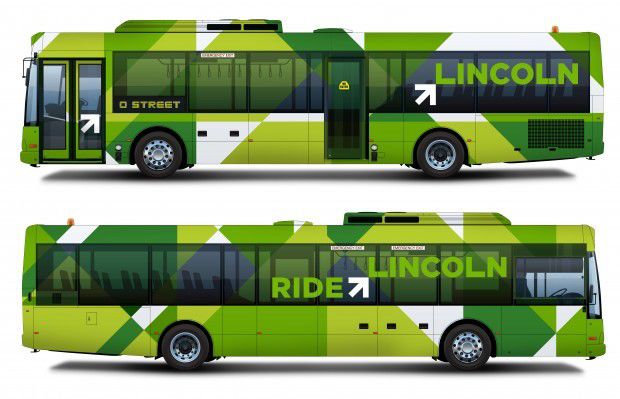 An example of Lincoln's new branding. (Courtesy of Bailey Lauerman)

Lincoln's business and government leaders are pitching an image makeover and new tactics to make the city's charms, strengths and attractions less of a well-kept secret to the people they believe can bring the city new prosperity.

In recent presentations to community organizations, they showed off ideas months in the making from research and spadework by the Chamber of Commerce and Bailey Lauerman, the communications and marketing firm that recruited the successful local youth marketing agency, Archrival. The goal is to tighten the focus of the city's image on the target: young, successful people who will want to stay in Lincoln once they've arrived, financially and physically.

They are trying to recreate Lincoln's "brand," and make it something to last.

"This isn’t a campaign as much as it is a longstanding brand that unites the whole community," said Erica Wassinger of Bailey Lauerman.

(What do you think of Lincoln's rebranding? Click here to take our poll.)

"We've never done a city before," said Clint Runge, creative director at Archrival, now owned by the Dachis Group. Archrival's bona fides in the youth market have been established with snowboarder Shaun White and commercial brands ranging from HP and Pabst to Red Bull and Spam.

Jason Smith, vice president of the Lincoln Partnership of Economic Development, explained the city's economic dilemma: Lincoln wants and needs more high-paying jobs, and, at the same time, some companies here are having trouble getting well-qualified young people to come to Lincoln to fill the best jobs they have available.

It's not as though Lincoln doesn't have its attractions, as the research showed, from its standard of living to cultural amenities, easy commuting and comfortable lifestyle to the investments and structural transformations taking place, including the Pinnacle Bank Arena, associated redevelopment in the Haymarket, Innovation Campus and downtown redevelopment.

The problem, Smith and Wassinger said, is one of perception among the target clientele -- young, successful adults -- that Lincoln isn't as attractive as other places: Denver, Austin, Kansas City and Chicago, to name a few.

"We have a hard time portraying Lincoln," Smith said.

It doesn't have to be that way, they say. "I'm blown away at how different the city is," said Wassinger, a Nebraskan who moved away for a spell and returned. "There's so much happening."

There is a core issue to be addressed, according to Smith. "That's the talent question," he said. Some research shows that future prosperity will belong to communities that recruit and keep the "creative class" happy. As Smith said, it's not enough to have a new arena and other grand new structures. "If you don't have people with ideas to fill 'em," he said, "they're just buildings."

Consultations with young local entrepreneurs proved to a research team that young people don't have to leave to succeed, but Lincoln lacks a compelling identity that might interest those who are unfamiliar.

The conclusion: You can be successful, comfortable and have fun in Lincoln.

The challenge: Prove it to those who don't know.

The theme, Life is Right in Lincoln, as Wassinger described it: "meaning things are good, authentic, balanced and fun here."

The marching orders: Build Lincoln a visible identity around that theme.

The methods: multiple tactics, some old-fashioned, such as catchy slogans, business underwriting, performances in public spaces. Some are emerging, such as working a common logo design into public spaces and structures, the themes into websites and organizing the chamber's Young Professionals group and other chamber "orchestrators" into action.

Some are even a little different, as Midwesterners like to say, such as promoting a Lincoln Logs construction celebration, having businesses pay off people's parking tickets and encouraging guerrilla gardening in places the city government doesn't tend -- like the flowers in the crack on the sidewalk.

A big commitment will be harnessing the recruiting power of young people already living here, using social media and technology to give exponential exposure and credibility to the things they like about Lincoln, and to counter negative commentary on blogs and other digital conversations.

"We could raise the money to do an ad campaign, but if we get 1,000 people on Facebook and Twitter to say, 'Hey, check out our trail system ...'" Smith said.

He is frank about the limitations of traditional approaches to energizing awareness among young people in a locale. "People have become numb to messages from chambers of commerce and mayors," he said.

For now, the chamber is doing the lifting, financially, but the project is listed as a cooperative venture among the City of Lincoln, the Partnership for Economic Development, which the chamber runs and local governments pay for, and the Convention and Visitors Bureau, supported by the local lodging tax.

Mayor Chris Beutler offered this endorsement: “Lincoln is a city on the move,” he said in a news release. "We are at a fever pitch in terms of economic development, growth and culture. There’s no better time to capture that momentum and celebrate it with a refreshed brand for our great city.”

Measuring success will not be entirely objective. "Our goal is to hear from our businesses and our citizens that they are proud to live in Lincoln," Smith said in an email. "Of course, we'll be conducting informal surveys and monitoring social channels for conversations surrounding the brand to see if the perception of Lincoln and the pride our residents have is rising."

There are other ways: "We conduct a baseline sweep of online conversation to see what share of voice Lincoln has prior to the initial campaign effort," Smith said. "We will then go out and follow up to measure against the baseline at various intervals of the brand effort."

The possibilities defy even the branding agency creative director's experience.

Said Runge: "No city has done this at this level."

Fourth of July-themed street signs downtown delight some, confuse others

There aren't really snakes in the Haymarket, but a sign that popped up recently near Eighth and P streets warned people to watch out for them.

Lincoln’s new marketing campaign isn’t aimed at me -- or probably most of you, either.

Archrival founders buy the company back

The Lincoln Partnership for Economic Development gave its annual economic development award Thursday to the executive committee of Vision 2015.

An example of how Lincoln's rebranding might appear along city sidewalks. (Courtesy image)

An example of Lincoln's new branding. (Courtesy of Bailey Lauerman)