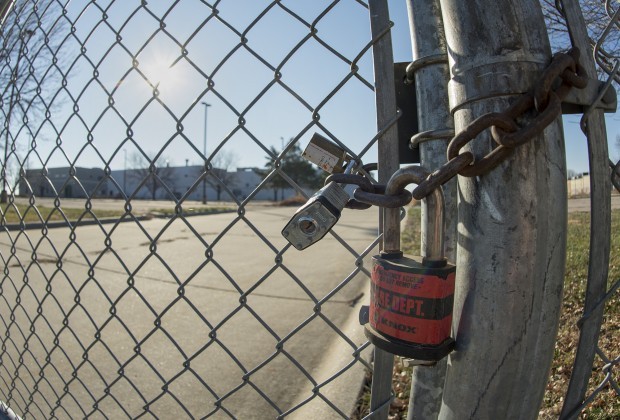 Nebraska Prime Group's plant in Hastings appears in this 2010 photo.

One of the original investors in what became Nebraska Prime Group — now a kosher slaughterhouse in Hastings and owner of an idle plant in Lincoln — was awarded almost $900,000 by a federal magistrate to settle a split with those now controlling the business.

Lincoln Provision Inc., a Chicago meat company owned by Jim Stevens, was awarded the money as the value of its share of Hastings Acquisition, owned by New York investor Aron Puretz, which took over the business that was supposed to have been a collaboration.

Together, they bought Premium Protein of Lincoln and Hastings out of bankruptcy almost four years ago, but they never came to an operating agreement.  Puretz took over, and Lincoln Provision sued for its share of the value of the business.  The case went to trial in May.

The $880,000 award is the return for Lincoln Provision on a deposit of $100,000 in earnest money. Puretz put up the rest of the down payment, then  $3.9 million for a company appraised at as much as $20 million in a series of wildly divergent valuations reported in court documents.

Lincoln Provision was supposed to have put up 30 percent of the payment and was expecting to be the operation's biggest customer, with plans to kill 40,000 cattle a year, according to court documents, but that didn't happen.

The Hastings plant resumed operation as a kosher slaughter and packing operation in August 2010 as Nebraska Prime Group, under Puretz's leadership, but the Lincoln plant never reopened.

"The company is disappointed that actions of the persons in control precluded it from operating the plant in a way that would have been a credit to Hastings and a complement to its economy," Domina said in an email.  "The Hastings plant is an opportunity requiring much careful management ,and Lincoln Provision became involved on the condition it would provide that management."

Lincoln Provision contended in court that Puretz shut it out of the deal almost immediately.  The Chicago meat company asked for compensation not based on the money paid at bankruptcy, but a “distributional interest at fair value” defined under Illinois law, because the acquisition company was created there.

Lincoln Provision had asked the court to award it, among other things, at least $12.5 million for the reasonable value of the real estate assets.

Puretz and his company countered that Lincoln Provision, on whom Puretz relied for guidance, misrepresented the operating capacity of the Hastings plant in an effort to induce Puretz to invest.  Lincoln Provision misstated the plant’s projected revenue by more than $16 million dollars over five years, according to court documents filed by Puretz.  Puretz said Lincoln Provision deserved, at most, $100,000.

Federal Magistrate F.A. Gossett ruled the company was worth $3.9 million and that Lincoln Provision deserved half, less $1.07 million  it hadn't paid to put up 30 percent of the purchase price.

Part of a New York-New Jersey real estate investing family, Puretz acknowledged having no experience in the meat industry, but he continues to operate the Hastings plant.   He and his attorney could not be reached to comment on the ruling.

Coincidentally,  in a separate federal court action, the former owner of Premium Protein Products agreed in late September to pay $1.2 million to settle a class-action lawsuit by former employees.

Private equity firm Matlin Patterson, which was majority owner of the meatpacking company when it declared bankruptcy in November 2009, agreed to the settlement without admitting any wrongdoing.

The employees had alleged the company violated the Worker Adjustment and Retraining Notification Act by furloughing them for months without pay and then filing bankruptcy.

The WARN Act requires companies of a certain size to give employees 60 days' notice of a plant closing.  Instead, Premium Protein furloughed as many as 400 employees in  June 2009, then filed for bankruptcy in November.

There is still no apparent plan for use of the vacant Lincoln plant at 4611 W. Adams St.

The former owner of Premium Protein Products has agreed to pay $1.2 million to settle a class-action lawsuit by former employees.

The Premium Protein plant west of the Lincoln Airport, once a forward-leaning specialty meat-preparation operation pushing products at home an…

Nebraska Prime Group's plant in Hastings appears in this 2010 photo.