The Federal Deposit Insurance Corp. is suing eight of TierOne Bank's former officers and directors for at least $40 million for gross negligence and breaches of fiduciary duty in lending to Las Vegas real estate projects that helped cause the bank's failure in 2010.

More than three quarters of the bank's $200 million in real estate acquisition, construction and development loans in the Las Vegas market went bad before the bank failed, according to the FDIC.

The FDIC, as receiver for the failed bank, accused the defendants of breaching their legal obligations in recommending or approving "eight poorly underwritten acquisition, development, and construction loans in the Las Vegas market from April 21, 2006, through September 17, 2008." The agency is represented in the lawsuit by the Omaha law firm of McGrath, North, Mullin and Kratz and by the Amarillo, Texas, law firm of Mullin, Hoard.

Gregory Scaglione, an attorney for Lundstrom and Hartman, said holding his clients personally responsible is "completely unjustified, and we will aggressively resist this unwarranted suit by the FDIC."

TierOne got in trouble with real estate loans in the hotbeds of the housing bubble, especially Florida and Nevada.

FDIC said the bank ignored its own loan policy rules as it buried itself deeper financially, then extended loan terms in a way that only delayed default and concealed the defendants' "improper lending practices."

This is the latest of several lawsuits filed by federal regulators, shareholders and the trustee of the bankrupt TierOne holding company against those responsible for the bank, including its auditors, Omaha partners of KPMG.   Most of the bank's assets were acquired by Great Western Bank from the FDIC after the agency closed it June 4, 2010. It was the largest bank failure in Nebraska history.

Violating their duty to employ safe and sound banking practices, the defendants recommended and approved numerous large, high-risk loans in the vicinity of Las Vegas, Nev., "an unfamiliar and volatile market," FDIC said.

Laphen and Lundstrom created a bonus system for Kidd, put in charge of the Las Vegas office, that encouraged the origination of large, fee-producing loans without accountability for loan performance, according to the lawsuit. Laphen, Lundstrom, Hoskins, Spence and McConnell also caused the creation or maintenance of deficient underwriting and loan approval systems, the lawsuit said.

Kidd’s bonus plan enabled him to earn more than $500,000 per year in 2006 and 2007, over five times his base salary, according to the lawsuit. Because the bonus was based on the bank’s fees at closing, rather than on the performance of the loans, Kidd was "incentivized" to originate as many large loans as possible without regard to credit quality, the suit said. He also had conflicts of interest from relationships with some borrowers, according to the FDIC. Kidd was fired in 2008 and has since filed for personal bankruptcy. Kidd could not be reached for comment.

In response to the lawsuit, Scaglione, representing Lundstrom and Hartman, said the statutory standard of gross negligence means absence of even slight care in performance of duty on the bank's lending.

TierOne’s strategic plan to enter markets outside of Nebraska, including Las Vegas, was approved by bank regulators and by TierOne shareholders, Scaglione said.

"For various reasons unforeseen at the time the loans were approved, these eight loans did not perform as expected," he said. "No one reasonably foresaw the credit crisis and real estate market collapse which prevented the borrowers from repaying the loans and rendered much of the bank’s collateral substantially worthless.

"My clients made reasonable business judgments before the loans were granted, and there is no evidence showing the 'absence of even slight care in performance of' their loan approval duties," he said.

"As TierOne directors, Professor McConnell and Mr. Hoskins always acted in the best interests of Tier One bank, the bank’s depositors and Tier One shareholders," McCall said in an email. "However, the economic downturn which swept across the country and devastated real estate markets everywhere proved equally devastating to TierOne and many other banks."

Attorneys for the other defendants in related cases were sent emails or left voicemails offering the opportunity to comment on the lawsuit.

The FDIC asked for a jury trial.

Two KPMG LLP auditors have been suspended from working on publicly traded companies because of work they did for TierOne Bank before it failed.

The nation's financial and real estate meltdown may be all but over, but resentment, blame, questions of accountability and legal consequences…

The suit comes on the heels of a civil suit filed last week by the Securities and Exchange Commission.

A U.S. District Court judge has signed off on the settlement of a shareholders' class-action lawsuit against TierOne Corp. and several of its …

A class-action lawsuit against TierOne Corp. alleging it misled investors about its financial condition has been settled for $3.1 million.

On Friday, June 4, representatives of the Federal Deposit Insurance Corp. entered TierOne Bank's downtown headquarters and closed one of the city's oldest banks. Thanks to its magnitude -- TierOne was the largest Nebraska bank to ever fail -- the story was clearly the top local business story of 2010. 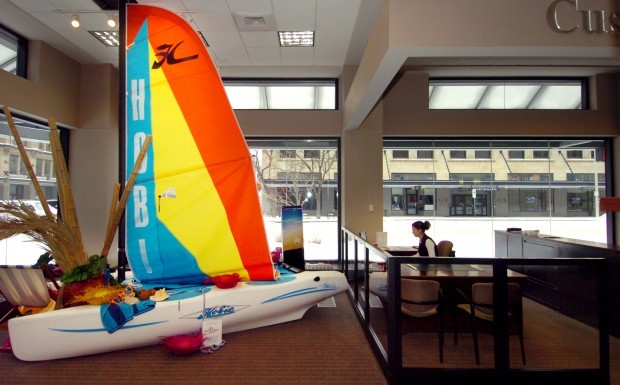 In this file photo from 2007, TierOne bank on 13th and N streets featured a rotating display of products some of their customers sell, as examples of what people could purchase with the help of a loan through the bank. 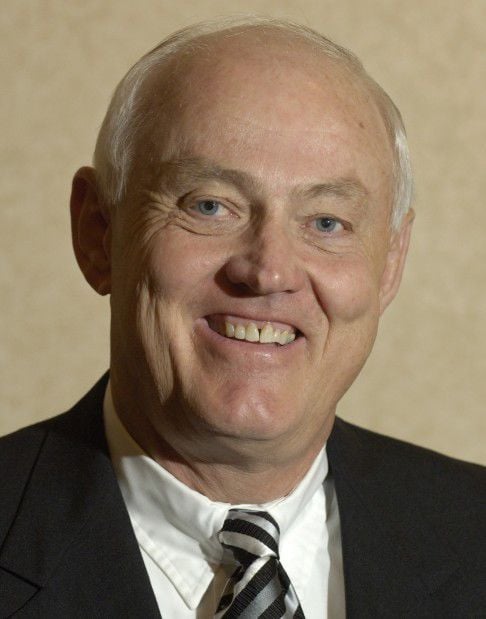