In 1980 — more than two years before “Cheers” made its NBC debut — Dave Moreland and Doug McLeese opened a bar in downtown Lincoln with one objective: creating a space where everybody knew your name.

Forty-two years later, there remains a familiarity to the place.

Employees of O’Rourke’s Tavern — which has moved down the block to its current location at 1329 O St., seen bartenders and servers come and go and welcomed thousands of patrons — are still on a first-name basis with most who enter.

It will likely stay that way when Moreland and McLeese complete the sale of the bar to two of their employees this week.

“It’s time,” said McLeese, 68, who wants to travel and be a grandfather. “Forty-two years is a good run.”

Watching grandchildren grow up is one of life’s simple pleasures that isn’t always available when there’s a business that needs tending, as he and his wife Jody discovered more than once over the years.

“That’s something he and Jody didn’t afford themselves much of in the last 42 years,” said Jordy Elfers, 35, who along with Bridge English, 26, is buying the bar. “They couldn’t really go anywhere. They were married to this place.”

Elfers has been at O’Rourke’s seven years. It would be a stretch to say that McLeese began grooming him to take over a few years ago, but McLeese saw something special in both Elfers and English in the last year — especially as he left the bar in their care and began taking trips out of town.

They proved they could keep the ship afloat, so to speak. And that prompted McLeese to invite the two staffers out for a drink with Jodie present about nine months ago to broach the subject of them taking over.

“We just kind of asked them if they would be interested in buying the bar,” he said.

Two weeks earlier, McLeese had asked English how old she was. When she told him she was 25, he said, “'That’s how old I was when I bought O’Rourke’s,’” she said. “I was joking when I said, ‘Are you going to sell it to me, or are you just bragging?’”

As it turned out, he was doing some intelligence work.

On Tuesday, the sale becomes official.

“It still feels make believe,” said English, who stashed her paychecks in the bar’s safe over the last nine months to save enough to buy her share of O’Rourke’s. “The lack of sleep that I have gotten tells me that it’s real, though.”

Moreland currently spends most of his time running Sportscasters, the bar and grill he owns with McLeese.

McLeese wants to make sure the transition is seamless. O'Rourke's clientele has always been treated with dignity and he expects that to continue.

That’s the part of the business that Elfers, who has tended bar at other Lincoln venues, said McLeese instilled in him.

That was the expectation, English said.

“That is something he expressed to me about being very important,” English said. “He wanted us to be personable with our guests even if they were not regulars. Being able to have a conversation with them that is significant to them matters, because they are choosing to spend their time here and we want them to feel welcomed.”

That’s what kept people coming back, McLeese said. It was more important than the Super Bowl chili contest that started in 1989 as a way of increasing business after the bar changed locations from 14th Street. And it led to regulars taking part in gameday traditions such as a nacho bar for Husker home football games and takeout pizza for the road games. They kept coming back because they felt at home.

“It’s not often you see a downtown neighborhood bar, but that’s what this place is,” McLeese said. “We wanted the kind of bar where if two females were sitting at a table by themselves and didn’t want to be hassled, they wouldn’t be. It’s not a pick-up bar.

“A lot of them become our good friends.”

Elfers has spent some time touring with musical bands and said he was always in search of similar bars when he was in other cities.

“We always tried to find the O’Rourke’s of whatever city we were in — a place that has cheap drinks and a neighborhood bar vibe in cities that don’t really have neighborhood bars," he said. "You go to downtown Lincoln and a place like this is hard to find."

That’s the culture McLeese and Moreland cultivated with time. They didn’t know what to expect when they opened O’Rourke’s in 1980, but “we said we’d give it a year or two and see if we can make it — otherwise, we gave it a shot,” McLeese said.

It’s safe to say they made it. The early years, though, did feature some lean times, he said. To save on costs, he would bring the empty bottles and trash home and put it on the curb outside his house to save on another garbage bill. There were “slow weeks” when he went without a paycheck to ensure that employees got paid.

And, of course, there were the times that overindulgence led to having to kick someone out of the bar — some of those resulting in permanent bans.

Panic Bar was like home to many in Lincoln's LGBTQ community

But the other side of that is what many people someday dream of — getting to make the decisions.

“I loved being my own boss,” he said.

Terms of the sale were not disclosed, although McLeese said he left some money on the table to ensure the bar ended up in the hands of Elfers and English.

“Doug was able to see that we really care about this bar; it is Doug’s baby,” English said. “He has carried it on and built such a legacy with it. He knows that we want nothing other than to see this bar stay what it is because it’s a home for so many people.”

For those wondering, the traditions — from the chili contest to the gameday fare and the New Year’s Eve champagne party — are going nowhere, Elfers said.

“From my perspective, if we don’t change anything and this bar continues the way it’s going, it’s going to be great,” Elfers said. “We’ve already proven that it is recession-proof, it’s pandemic-proof and a lot of that has to do with the environment that Doug and Dave created.”

18 Lincoln-area dive bars to check out

Leading Off: 33rd annual O'Rourke's Tavern chili contest proves there are no rules regarding chili

A chili contest, which began in 1989 as Doug McLeese's way to promote his downtown bar's move to a bigger space a couple of blocks away, has not only survived, but has grown into a Super Bowl tradition for many. 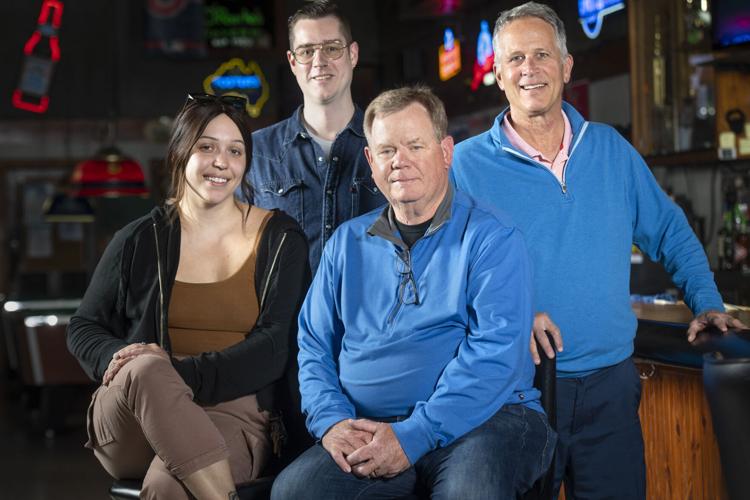 O'Rourke's Tavern is changing hands this week, with new owners Bridge English (from left) and Jordy Elfers taking over from Doug McLeese and Dave Moreland. 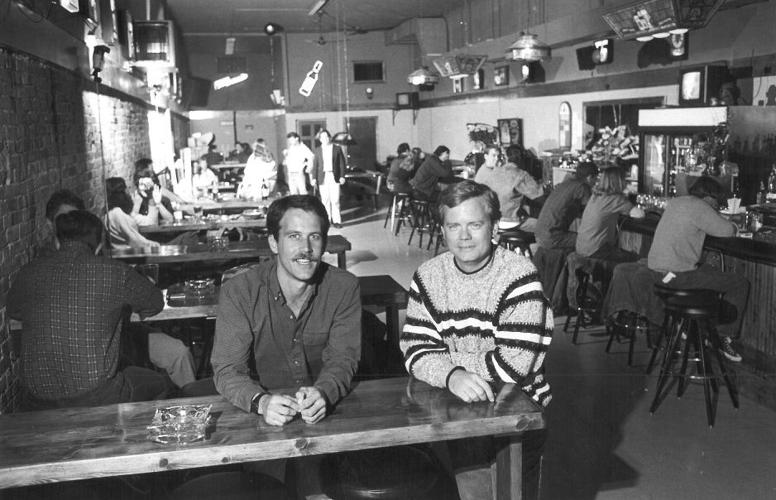