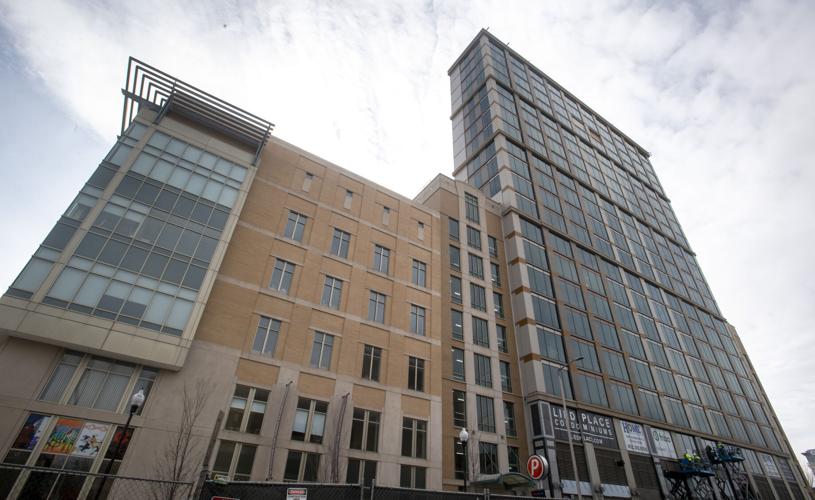 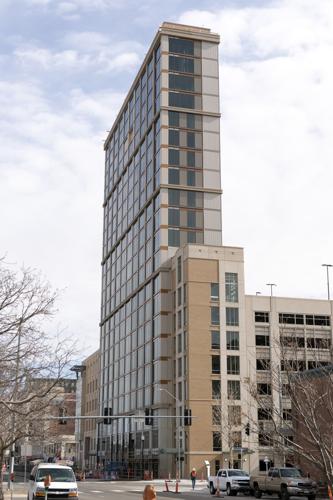 After more than two years of construction, one of the city's signature development projects is finally opening its doors, at least partially.

Some residents this month began moving into the Lied Place Residences, the 250-foot-tall condo and office building at 11th and Q streets.

Tam Allan, one of the developers of the project, said a handful of condo owners closed on their purchases and started moving in in February. All but six of the building's 37 units are under contract.

Many of the units, mostly on the upper floors, are still undergoing interior work, Allan said, and won't be ready for a while.

The building will also house a restaurant, although plans for a tenant have not yet been finalized, he said.

Floors 3 through 7 have office space, and much of that is already spoken for.

Allan said he is taking much of the seventh floor for his company, Village Development, while former Nebraska Attorney General Jon Bruning, who is another partner in the development, is moving his law firm to the building's fifth and sixth floors.

Allan said that leaves the third and fourth floors, each with about 4,200 square feet of space, open for other potential office tenants.

Though the project's completion was delayed by several months because of issues tied to the pandemic, Allan said he's glad it got started when it did.

"Delays on some building components have stretched from weeks to months. In some cases items are simply no longer available," he said. "If we started this project today, construction costs would easily be 20% to 30% higher."

Lied Place isn't the only major residential project in and around downtown that's nearing completion.

Antelope Towers, an apartment building going up at 19th and K streets, is set to open at the beginning of June.

The five-story building has 17,000 square feet of commercial space on the first floor and 93 apartments on the four upper floors.

When tenants move in, one commercial space will already be occupied and another should be filled shortly after.

Josh Neill, a leasing agent with Hoppe Development, said Sharetea, a shop that specializes in “boba,” or bubble, teas, hopes to be open sometime in late spring. Sharetea is an international chain and the Lincoln location will be its first one in Nebraska.

The other commercial tenant is Early Bird, a small chain that specializes in breakfast and brunch and has locations in the Omaha area and West Des Moines, Iowa. The restaurant is taking 4,000 square feet on the south end of the building for what will be its fourth location, and Neill said it hopes to be open before the first Nebraska football home game Sept. 3.

Tabitha moves up plans for intergenerational apartment complex in Lincoln

Another residential project that's scheduled to open this summer is Liv Red, the student-oriented housing project being built on most of the block bounded by Ninth, 10th, L and M streets.

The $42 million project, which will have 575 bedrooms in mostly four-bedroom dorm-style apartments, hopes to be open in time for the start of the University of Nebraska-Lincoln's fall semester in August, although officials could not be reached for comment.

Another large apartment project in the South Haymarket area is scheduled to be complete by the fall.

Canopy Park, a $53 million apartment project being built at Canopy and N streets, will have approximately 250 apartments, 41 of which will be designated for tenants making 60% of the area's median income or less.

Speedway Properties and Nelnet are partnering on the development, which also will include some first-floor commercial and outdoor space for resident use.

Other large projects that expect to be either partially or fully complete in 2022:

* Work is underway on a $55 million terminal expansion and redevelopment of the Lincoln Airport. Officials have said they expect passenger-facing work, such as new gates, new concessions and a new security screening area, to be finished before the end of this year, with other work, including new administrative offices, set to wrap up in 2023.

* While work on a new $220 million WarHorse Casino can't start until the state finalizes rules for casino gaming, the Horsemen's Benevolent and Protective Association plans to construct a temporary casino with more than 300 slot machines at Lincoln Race Course. The temporary casino will take up part of the current simulcast space and will open within weeks after the facility is able to secure a casino license.

Huge industrial development planned along I-80 in northeast Lincoln

The Lincoln Logistics Hub, proposed on a site at 65th Street and Arbor Road, would eventually have nearly 1 million square feet of warehouse space spread across three buildings.

Another downtown Lincoln high-rise is in the works

As currently proposed, the luxury building called 9 Lincoln Park would be taller than the recently constructed Lied Place Residences.

Planners give first OK to 22-story building in downtown Lincoln

The total cost of the city's newest high-rise project is estimated at $87 million, including about $23 million of tax-increment financing.

Food price inflation should slow in 2nd half of 2023, says expert