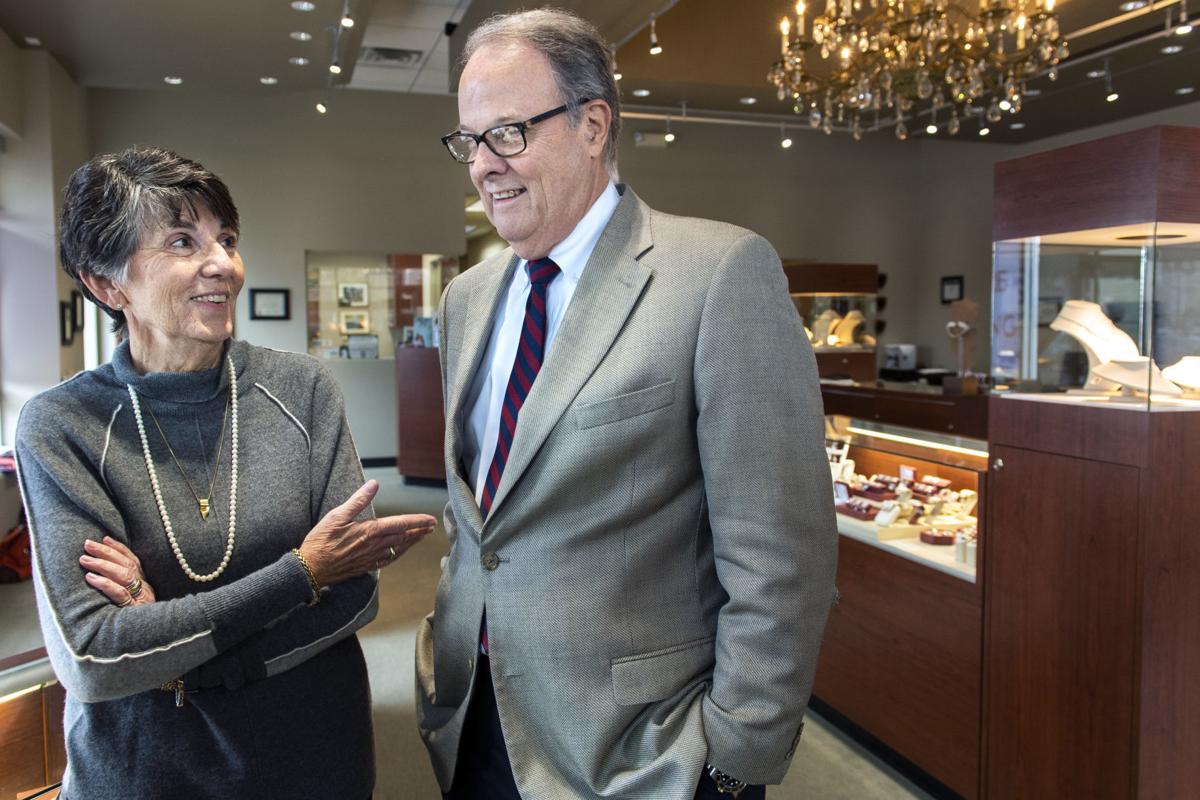 Mary and Tom Wright talk about their decision to close Wright's Jewelers after 40 years in business. 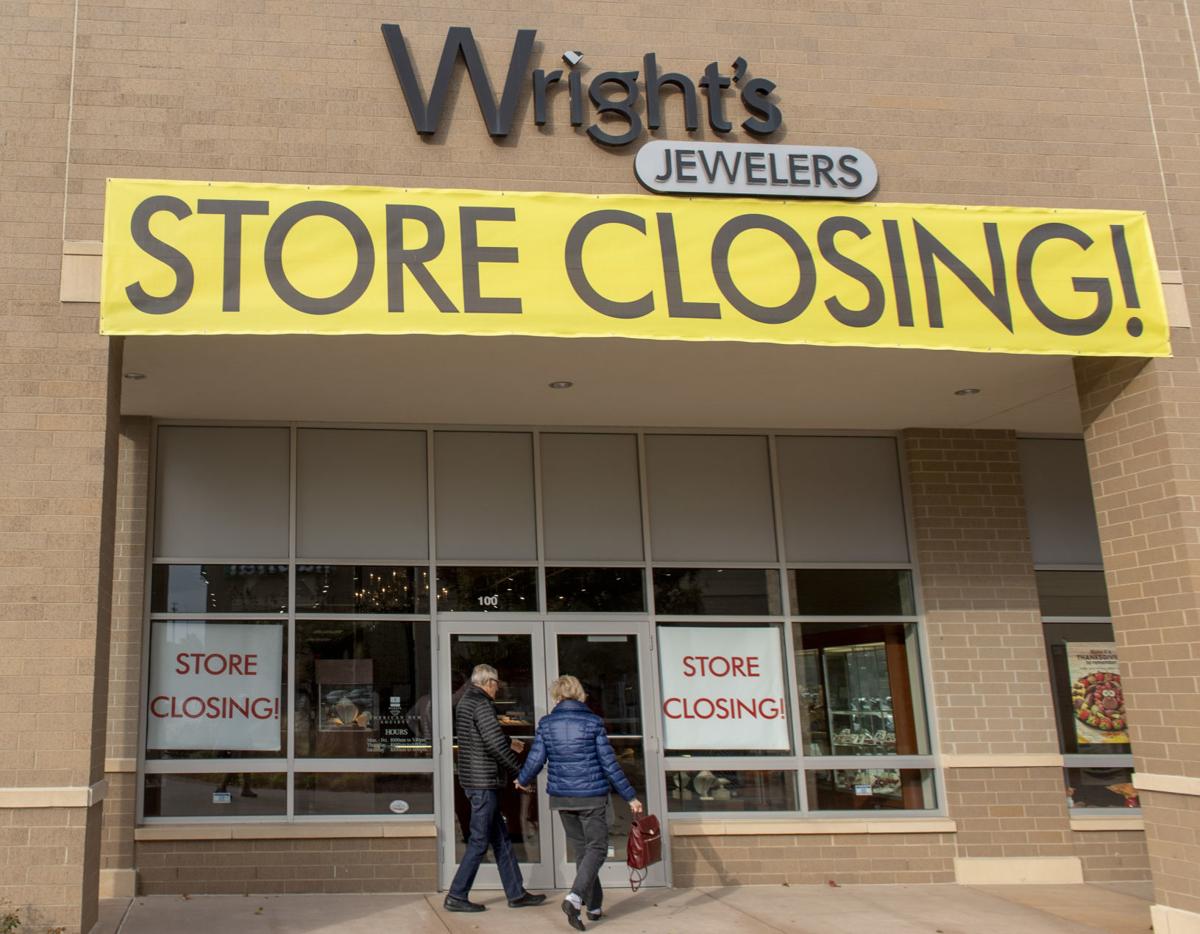 Customers walk under a store closing banner at Wright's Jewelers in the Pioneer Woods shopping center at 70th Street and Pioneers Boulevard in early November. 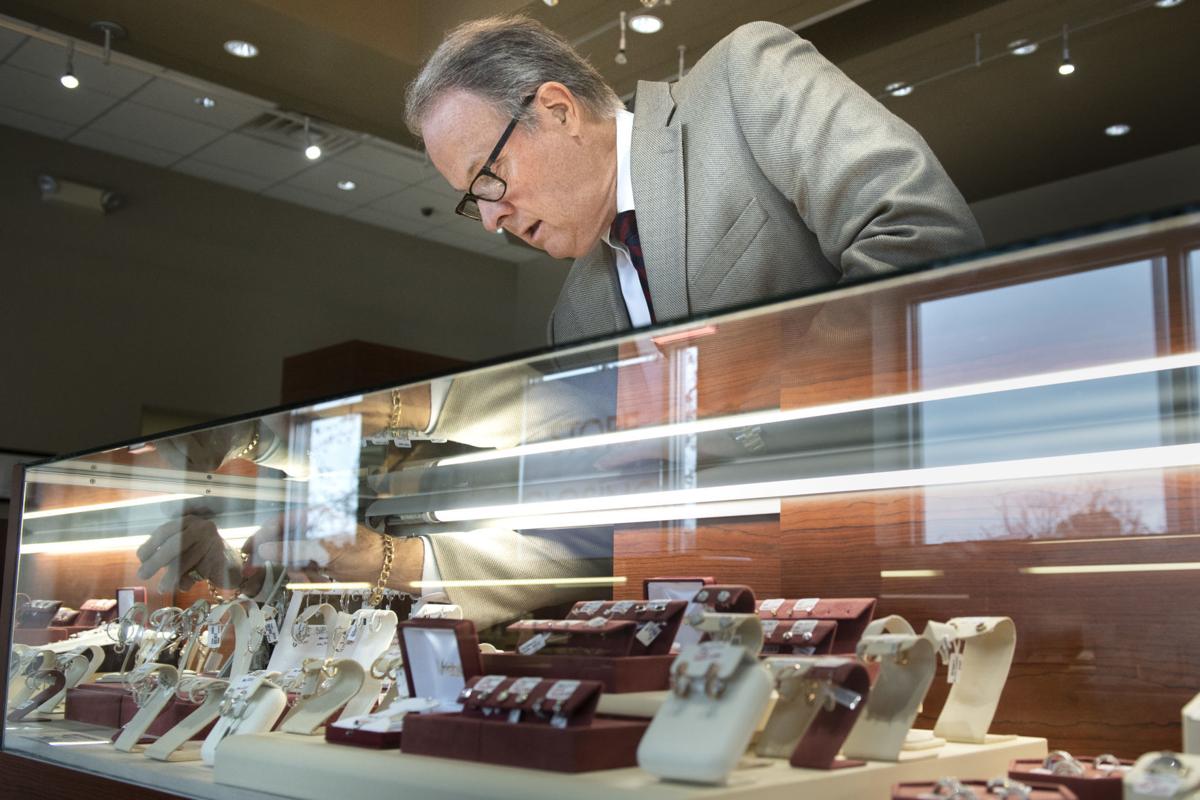 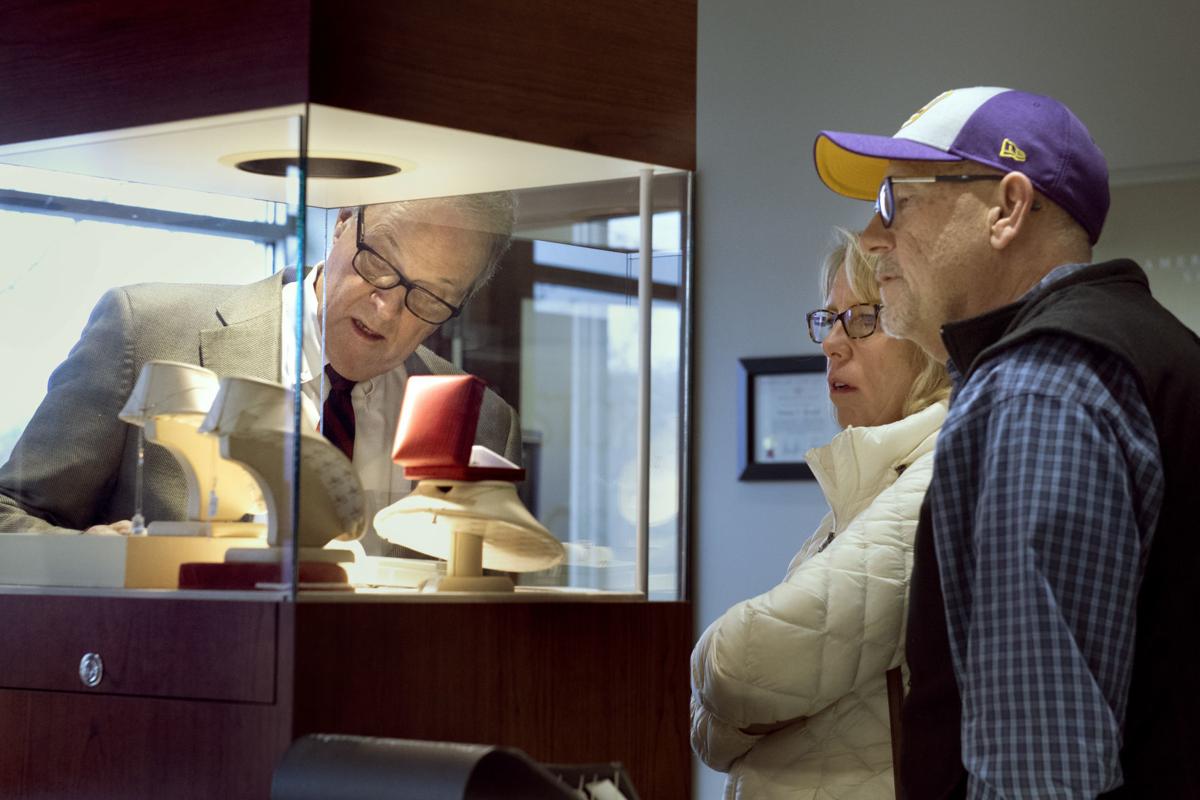 After graduating from high school in Hebron, Tom Wright went to college for one year at Nebraska Wesleyan University but quickly realized it wasn't for him.

"I needed something more hands-on," he said.

His cousin was in the jewelry business and it looked interesting, so he decided he'd give it a try.

"I tried it, and I guess it worked," said Wright, who wound up spending more than half a century in the industry.

The last 40 of those have been spent running Wright's Jewelers with his wife, Mary — first downtown and, for the past dozen years, in the Pioneer Woods shopping center at 70th Street and Pioneers Boulevard.

Before that, they both worked for several years at Sartor Hamann Jewelers in Lincoln.

Combined, the couple, who are both in their 70s, have more than 100 years of experience in the jewelry business.

Now seems as good a time as any to retire, Mary Wright said.

"If we don't do it now, when would we do it?" she asked Wednesday, finding time to talk to a reporter in between helping a steady stream of customers.

Running their own store for all these years has been incredibly rewarding, Mary said, but it also has meant little time for things such as vacations.

"When you are in retail, you have such a limited time you can be away," she said.

So travel is high on their list of retirement plans.

"We joked that if we sell everything in the store we're all going to Hawaii," Mary said.

She said the couple also plans to spend more time with their four grandchildren, who all live in Omaha.

Though they are looking forward to the time off, the process of closing the store has been bittersweet.

Tom said a customer who came in recently and bought a diamond was the fourth generation of the same family to buy jewelry at the store.

"When you start seeing things like that, you think maybe you've done something right over the years," he said.

The Wrights have done a lot right over the years. The store won the 2015 Nebraska Retail Champion Award, and they have served on numerous industry and community groups.

When the store was downtown at 13th and P streets, Tom spent years serving on the Downtown Lincoln Association's parking committee. So long, in fact, that the group named him chairman emeritus (he has a plaque). He's also been very active in the Lincoln Independent Business Association.

"Besides many decades of retail success, their tireless dedication to family and community is exemplary. As very active members of the Nebraska Retail Federation, they have traveled to Washington, D.C., on several important retail issues," Otto said in an email.

"I wish the best to this wonderful couple, but their retirement will leave a void in Nebraska’s retail fabric that will be very difficult to fill."

They briefly looked into selling the store and had some interest, but it would require a pretty sizable investment, and they decided they did not want to sell to someone who needed financing.

They also had no desire to stick around and provide training to a new owner, so it was just easier to make a clean break, they said.

Mary Wright said she and her husband have not set a firm closing date yet, with it largely dependent on how fast they sell their remaining inventory. But it likely will be before the end of the year.

66th and O Shopko to become Hobby Lobby, according to permit

According to a $1.3 million building permit filed Monday, the former Shopko building at 66th and O streets is being remodeled for use as a Hobby Lobby.

An Omaha-based home furnishings store that opened in May at the former Younkers location at Gateway Mall has announced plans to close.

A new store has opened in University Place.

Wilber Meat Market closing, but not for long

A southeast Lincoln shopping center has a new owner.

Lincoln small businesses are feeling the pressure of the short holiday shopping season this year.

Aspen Dental will open its second location next week at 27th Street and Pine Lake Road.

Mary and Tom Wright talk about their decision to close Wright's Jewelers after 40 years in business.

Customers walk under a store closing banner at Wright's Jewelers in the Pioneer Woods shopping center at 70th Street and Pioneers Boulevard in early November.