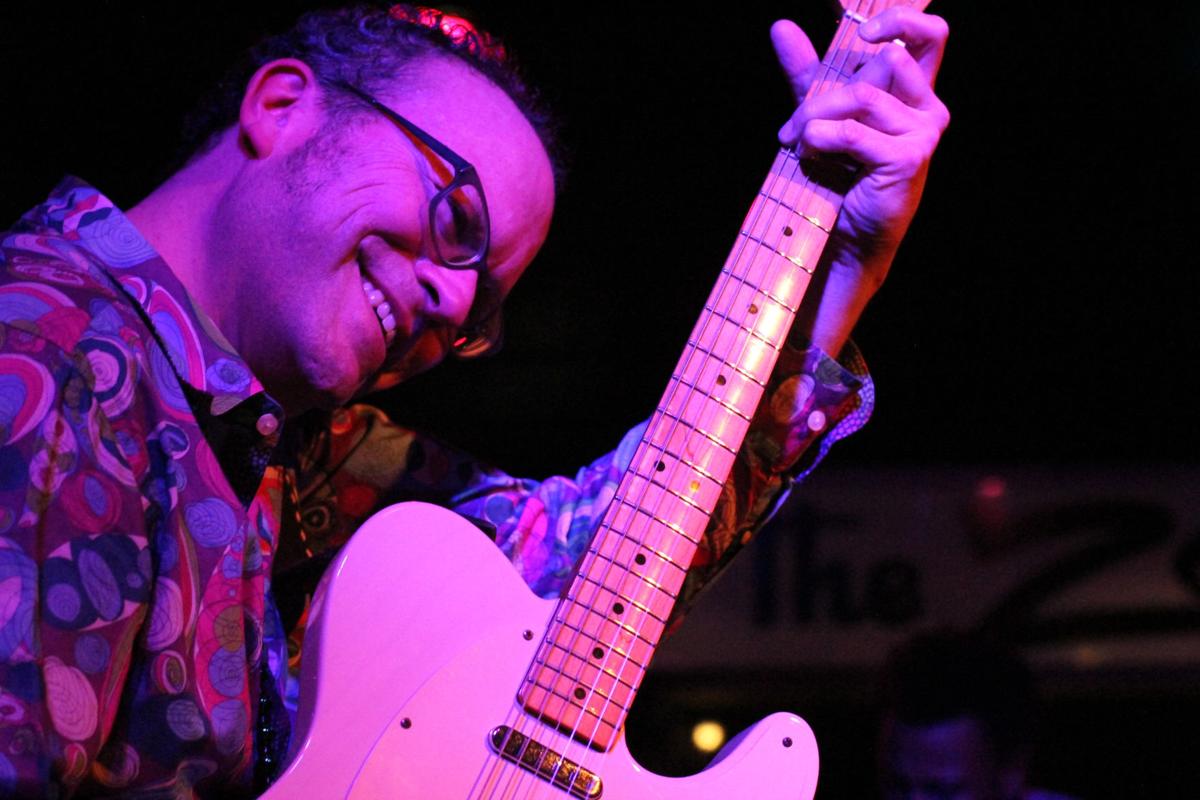 Ben Kushner, a musician for several local bands, said all his gigs have been canceled for the foreseeable future. 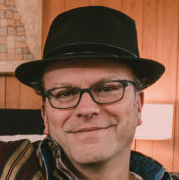 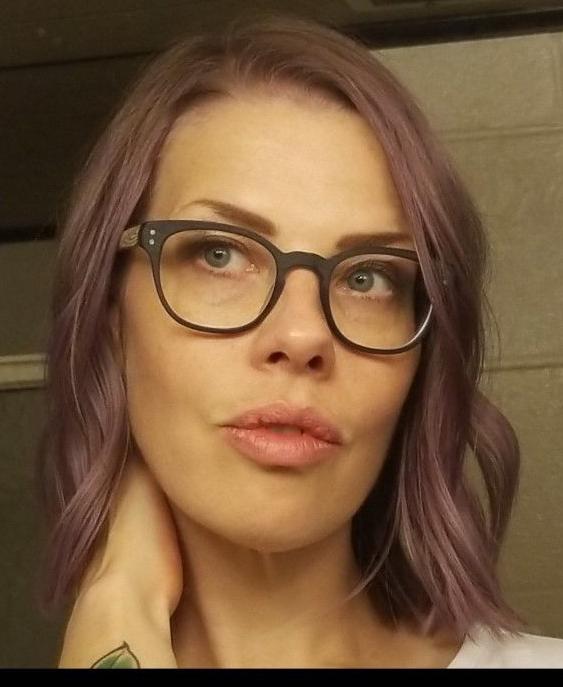 Dozens of local restaurants and bars have either closed or gone to only offering delivery and carryout over the past week.

A number of retail stores have either shut their doors or reduced hours.

While the moves have been necessary to deal with the novel coronavirus outbreak, they've left an untold number of people out of work or with reduced hours for an unknown period.

Many companies have pledged to pay employees for at least the next two weeks, ranging from large retailers such as Kohl's and The Buckle to small local businesses such as Sandy's.

If Ketan Patel, owner of America's Best Value Inn in Lincoln, didn't have a handful of customers, he'd consider shutting down for a while unti…

But plenty of people are finding themselves out of work with no pay.

Initial unemployment claims jumped to 799 for the week ending March 14, a nearly 60% increase over the previous week, and that's before most businesses started shutting down.

That includes Ann Loaris, who is out of work because the tattoo studio she works at, Iron Brush, decided to shut down for at least a couple of weeks so its personal protective equipment like masks and gloves could be used by health providers.

Loaris spent much of the day Thursday trying to sign up for unemployment compensation, but she’s not even sure she can because she’s an independent contractor and is incorporated as a small business.

“It’s a pretty big nightmare to live in,” she said.

Another contractor who’s facing the possibility of a long period with little or no income is Jim Hogg.

Hogg, a Lincoln-based franchise consultant, said he's had a couple of clients put things on pause for now because of the economic uncertainty surrounding the outbreak, and he expects that to continue.

"I do expect more pausing and bowing out than normal and a lot more fear," Hogg said.

He said economic downturns usually are good for the franchising business because people who have lost jobs may decide to start a business.

However, in this case, the quick, steep drop in the stock market has drastically cut the value of assets such as 401(k) accounts that people often tap to pay franchise fees and startup costs.

Hogg said the current situation feels a little like a combination of 9/11 and the last recession.

He said for him personally, "it's not that big a shock because I've been doing this so long."

But because his income comes from a finder's fee when someone signs a franchise agreement, he's not making any money right now. At the same time, Hogg said he has to continue spending money on things like marketing to continue to find clients for when things pick back up.

Despite that, he said he's never filed for unemployment and doesn't intend to do so this time around.

"My intent is to try to tough it out," Hogg said. "I'd like to think I could withstand whatever."

Both the federal and state governments have tried to increase resources for people and businesses struggling due to the economic turmoil caused by COVID-19.

Those kinds of moves may eventually provide relief to people like Kushner, Loaris and Hogg, but for now, they are faced with uncertainty.

“It’s scary,” said Kushner, who said he’s considering some kind of temporary employment, but has to be careful because he has leukemia and is considered high risk to face complications if he gets the virus.

For now he’s concentrating on personal pursuits, such as working in his yard and practicing the guitar. He also noted that many of his bands' gigs have been rescheduled for the fall and a tour Josh Hoyer and Soul Colossal has booked in Spain during the summer has not yet been canceled.

“I’m really trying to stay positive whatever way I can,” Kushner said.

Loaris said she’s been a tattoo artist for more than 10 years and is not at this point thinking about doing anything else, even temporarily.

She said she and some other local tattoo artists are considering trying to “stimulate the economy” in their own way by doing some small art projects.

Hy-Vee said it will close its stores at 8 p.m. daily to allow employees more time to clean and stock items.

The individual is a family member of a 48-year-old Lincoln man who was the city's first confirmed case.

Joe Nigro said he’d like to see the jail population reduced from nearly 600 to 100 or 200 people.

Nebraska leads in response to 2020 Census

The novel coronavirus outbreak is not stopping Nebraskans from participating in the 2020 Census.

A trade group representing the owners and managers of more than 46,000 apartment units in the state has recommended a 90-day moratorium on evictions.

Morrie Enders stood all alone in the Lincoln Community Playhouse on Tuesday afternoon reflecting on what very well might be a lost year.

There were 15,668 initial unemployment claims filed in the state for the week ending March 21. That was up from 799 the previous week.

Talent Plus, which has been headquartered in Lincoln since its founding in 1989, issued a reduction in force to more than 40 employees this week.

Some Graduate Lincoln hotel layoffs could be permanent

A noticed filed by the Graduate's owner suggests that at least some of the employees laid off may not get their jobs back when the hotel reopens.

As of Monday, Lincoln's Union Bank & Trust was the second-most active lender in the country for Paycheck Protection Program loans.

Consumer and business confidence dropped in Nebraska during March, according to the latest monthly survey from the Bureau of Business Research…

According to figures from the Realtors Association of Lincoln, home sales appear to have slowed down over the past couple of weeks.

Lost your job or hours cut back? Long wait for many Nebraskans for government help

Nebraska has gotten two years' worth of unemployment filings in four weeks, which means many people are waiting a month or more for benefits.

Ben Kushner, a musician for several local bands, said all his gigs have been canceled for the foreseeable future. 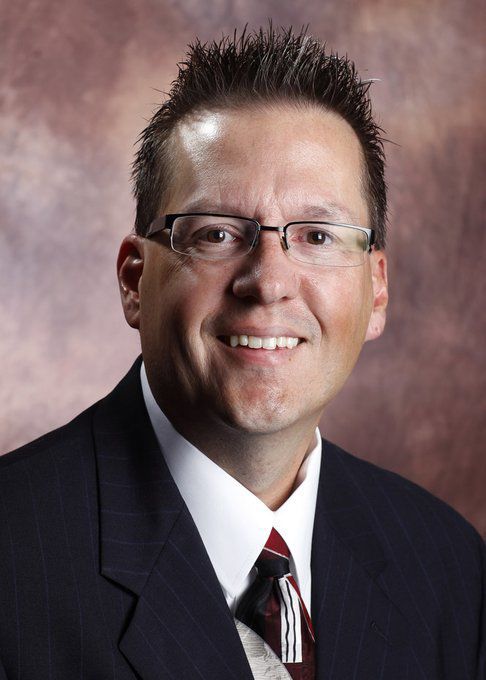