OMAHA — For those who closely follow Berkshire Hathaway, Saturday’s shareholders meeting held a clue as to who may one day succeed Warren Buffett as chief executive.

“Greg will keep the culture,” vice chairman Charlie Munger said at one point during the Q&A session, a reference to Berkshire executive Greg Abel.

And now Buffett has confirmed it. Whenever the 90-year-old does step down as CEO, he will be succeeded by Abel.

“The directors are in agreement that if something were to happen to me tonight, it would be Greg who’d take over tomorrow morning,” Buffett told Becky Quick, the CNBC financial journalist who moderated the Q&A on Saturday.

Buffett for years has said the board knows who it would choose to succeed him. And it has been speculated since Abel and Ajit Jain were named Berkshire vice chairmen in 2018 that one of the two would succeed him. Buffett tabbed Abel to oversee Berkshire’s noninsurance operations while Jain oversees insurance.

Buffett praised both Abel and Jain, and said the age of the two men was a deciding factor for Berkshire’s board. Abel, who will turn 59 next month, is about 10 years younger than Jain.

“They’re both wonderful guys,” Buffett said. “The likelihood of someone having a 20-year runway, though, makes a real difference.”

Buffett added: “If, heaven forbid, anything happened to Greg tonight, then it would be Ajit.”

Buffett said Munger’s slip was just an acknowledgment of what the board has known for some time.

“We’ve always at Berkshire had basically a unanimous agreement as to who should take over the next day,” said Buffett. “The world’s paying more attention now.”

When Abel and Jain were named Berkshire vice chairmen in early 2018, it took from Buffett’s plate the job of overseeing Berkshire's wide-ranging portfolio of operating companies and freed Buffett and Munger to focus their attention on investing.

James Shanahan, an analyst who rates Berkshire stock for Edward Jones, said Munger’s words Saturday probably forced Buffett to confirm to Quick after the meeting in California that Abel is his successor. Given how vague Buffett has been about succession, the disclosure was likely a reluctant one, Shanahan said.

“Still, Abel's coronation is not exactly a surprise,” said Shanahan, citing Abel's previous promotion to vice chair. “I also feel that most analysts and investors at least had Abel on the short list, if they hadn't already anticipated his appointment to the role.”

Even after Abel assumes the CEO role, Shanahan said, it's likely Abel will remain responsible for operations and capital management, and others within Berkshire will take the lead on investments.

Shanahan said he thinks the choice is a good one.

“We have a great deal of comfort with the future leadership of the company,” he said.

Overall, the stock market seemed to react positively to Buffett’s disclosure. Berkshire A shares were trading at midmorning Monday at $421,000, up more than 2% from Friday's closing price.

Buffett has long praised Abel, who rose through the ranks of Berkshire’s energy division.

He grew up in Edmonton, Alberta, where he acquired a lifelong love of hockey.

He earned a degree in commerce from the University of Alberta and worked as an accountant in Canada and later at PricewaterhouseCoopers in San Francisco before moving in 1992 to CalEnergy, a California utility that is part of Berkshire’s energy division.

In 1996, CalEnergy acquired an electric utility in the United Kingdom and sent Abel to run it. He later moved to Des Moines, Berkshire’s energy division headquarters. Abel became president in 1998, CEO in 2008 and chairman in 2011, succeeding David Sokol.

Abel significantly grew the division and particularly expanded its portfolio of renewables.

During Saturday’s meeting, both Abel and Jain were on the stage with Buffett and Munger. Buffett called on Abel when questions were raised about Berkshire’s commitment to dealing with global climate change. Abel described how Berkshire has been a leader among utilities in endorsing global targets for reduced emissions and expanding its renewable operations.

Of course, the question of succession is largely moot as long as Buffett remains chair and CEO, and he showed little sign of slowing down Saturday. Exhibiting his typical energy and endurance, he held the stage during the meeting for nearly four hours.

Warren Buffett warns investors not to gamble on stocks

Mrs. B's gets a makeover for the first time in nearly two decades

Photos: 30 images of Warren Buffett through the years

Buffett family at home in 1956

Warren Buffett and his mother

Three people live at the house, but only one was home at the time of the fire and wasn't injured.

Officers contacted staff, who reviewed security video and saw a man throw a brick through the window at around 2 a.m. and steal two 2-liters of soda before leaving.

An officer used a Taser on King Smith Booth and took him into custody for a warrant, in addition to assault on an officer and possession of a deadly weapon by a prohibited person, Officer Erin Spilker said. 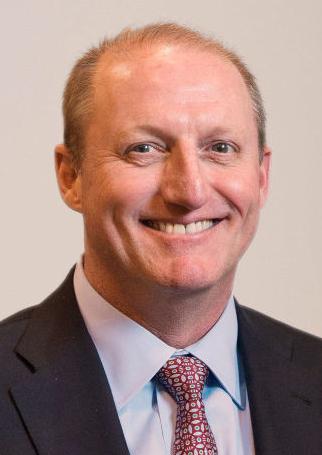