Barry's Bar and Grill wants to put large shades on its rooftop area. 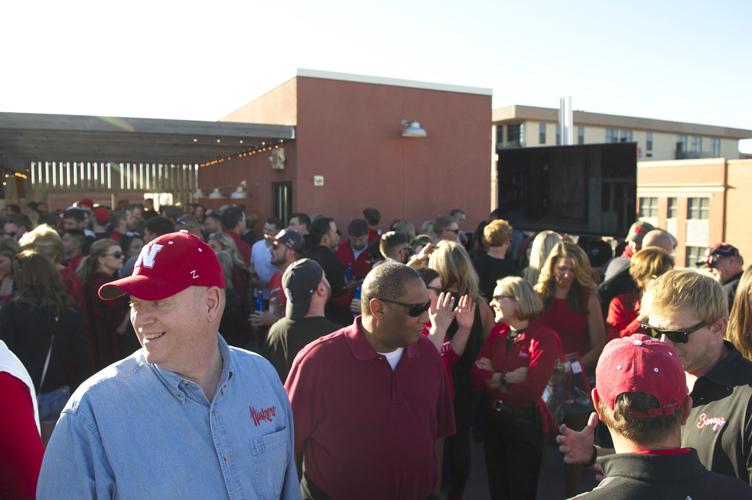 Barry's Bar and Grill wants to throw some shade on its customers — in a good way.

The bar at Ninth and Q streets, which is one of the city's most popular Husker gameday hangouts, wants to install a series of fabric sunshades over its rooftop seating area.

The large shades would be anchored to steel poles and be removable, so they could be taken down during the winter.

"If you've ever been on the roof deck on a sunny day, you can attest to how uncomfortable you can be," Michael Sinclair of Schemmer, the company doing the design of the shades, told members of the Historic Preservation Commission at Thursday's meeting.

Barry's is part of the Haymarket Landmark District but is considered a "non-contributing property," which means the commission generally should approve alterations that don't destroy any significant historical or architectural materials.

In his report on the project, city planner Ed Zimmer said the shades actually could be regarded as a "reinterpretation of the canvas awnings historically used throughout the Haymarket."

Zimmer also noted that from the street level, the shades would not be very noticeable and would not significantly impede any views of the Haymarket.

When Barry's was remodeled in 2013 by its new owners, the commission had approved a similar plan for a tent-like structure to provide shade on the roof, but that was never built.

Commissioners on Thursday voted unanimously to approve a Certificate of Appropriateness to allow the installation of the shades to go forward.

The top places to dine outdoors in Lincoln

In our online survey asking for the best place for outdoor dining, readers tended to favor the Haymarket for their picks, while my choices ske…

The most popular Uber destination in Nebraska this year isn't Memorial Stadium, but it's close.

Eclipse in Nebraska: It's not a Saturday and fans party at Barry's

Misty’s is out of the beer brewing business.

Ready for a new challenge, Maggie Pleskac will close Maggie’s Vegetarian Cafe on Dec. 31 after more than 17 years in the Haymarket.

WRK buys recycler's building, says it has no plans to redevelop site

The Lincoln-Lancaster County Planning Commission on Wednesday gave initial approval to a proposed redevelopment project in the Haymarket.

Barry's Bar and Grill wants to put large shades on its rooftop area.