This rendering shows the proposed redevelopment near 23rd and R streets. 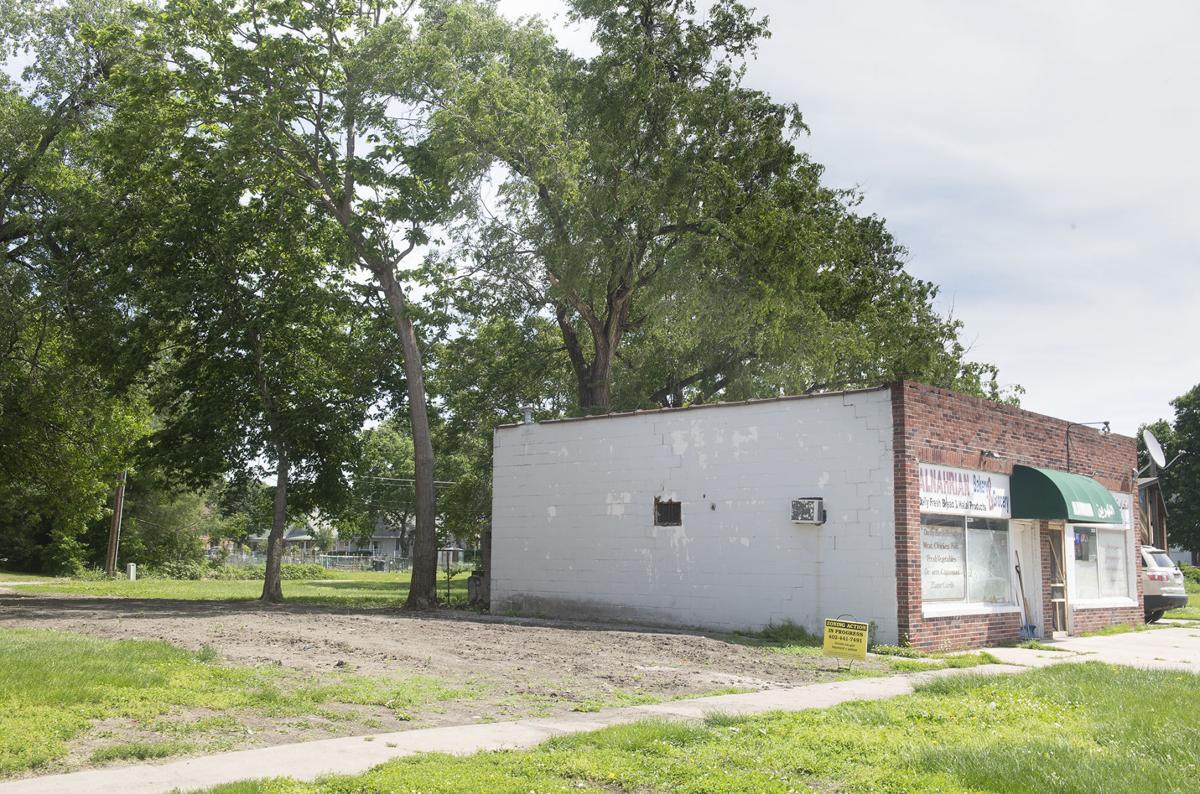 A proposed redevelopment would build 12 apartments around this existing business near 23rd and R streets.

A proposed $2.1 million redevelopment would bring a dozen apartments to 23rd and R streets.

Ben Kunz, who graduated last year from the University of Nebraska-Lincoln, owns the properties and plans to build 12 apartments around an existing business.

It will be the first redevelopment project for Kunz, who works for a local architecture firm but is not yet a licensed architect.

City has 2 bids for 27th and Old Cheney

"This is kind of a side hustle," he said.

The project involves two two-story apartment buildings on either side of the business, Alnahrian Bakery and Grocery, with a courtyard behind it.

Kunz said he expects the project will appeal to graduate students at UNL, as well as young professionals who work downtown.

He said he focused on the area because he likes the idea of being close to downtown. He also liked the draw of having an existing business as part of the project.

Alnahrian, which has been at the location for more than a decade, is a "great neighborhood asset," Kunz said.

On Tuesday, the city's Urban Design Committee gave a thumbs-up to Kunz's plans, which would use approximately $180,000 in tax-increment financing to pay for some of the project costs that provide a public benefit.

"I like the project," said committee member Gill Peace. "I think it's great. It's great for this area."

The project also has the support of the nearby Antelope Creek Village Townhome Owners’ Association.

"Please accept our wholehearted approval and enthusiasm for your project going full- speed ahead," Brad Buffum, the group's president, wrote in a letter to Kunz that was included in city application documents.

The next step for the project is a public hearing before the Lincoln-Lancaster County Planning Commission, which is scheduled for June 10.

Kunz said he is hoping to break ground on the project this fall and have it ready for renters by next summer.

Kunz had originally planned to call the development Gorilla Flats, with the name meant to pay homage to a mentor of his who owns a company with the name "guerrilla" in it. However, he said he will change the name to allay concerns of people who see it as offensive.

"I apologize for any offense this may have caused," Kunz said. "I hope that I can find a more appropriate name shortly."

Planners give thumbs-up to O Street projects in Lincoln

A Nebraska native and University of Nebraska-Lincoln graduate is returning to his home state to lead NeighborWorks Lincoln.

Lincoln Federal Bank has proposed town homes at 27th Street and Rokeby Road and apartments and commercial space at 40th and Rokeby.

This rendering shows the proposed redevelopment near 23rd and R streets.

A proposed redevelopment would build 12 apartments around this existing business near 23rd and R streets.