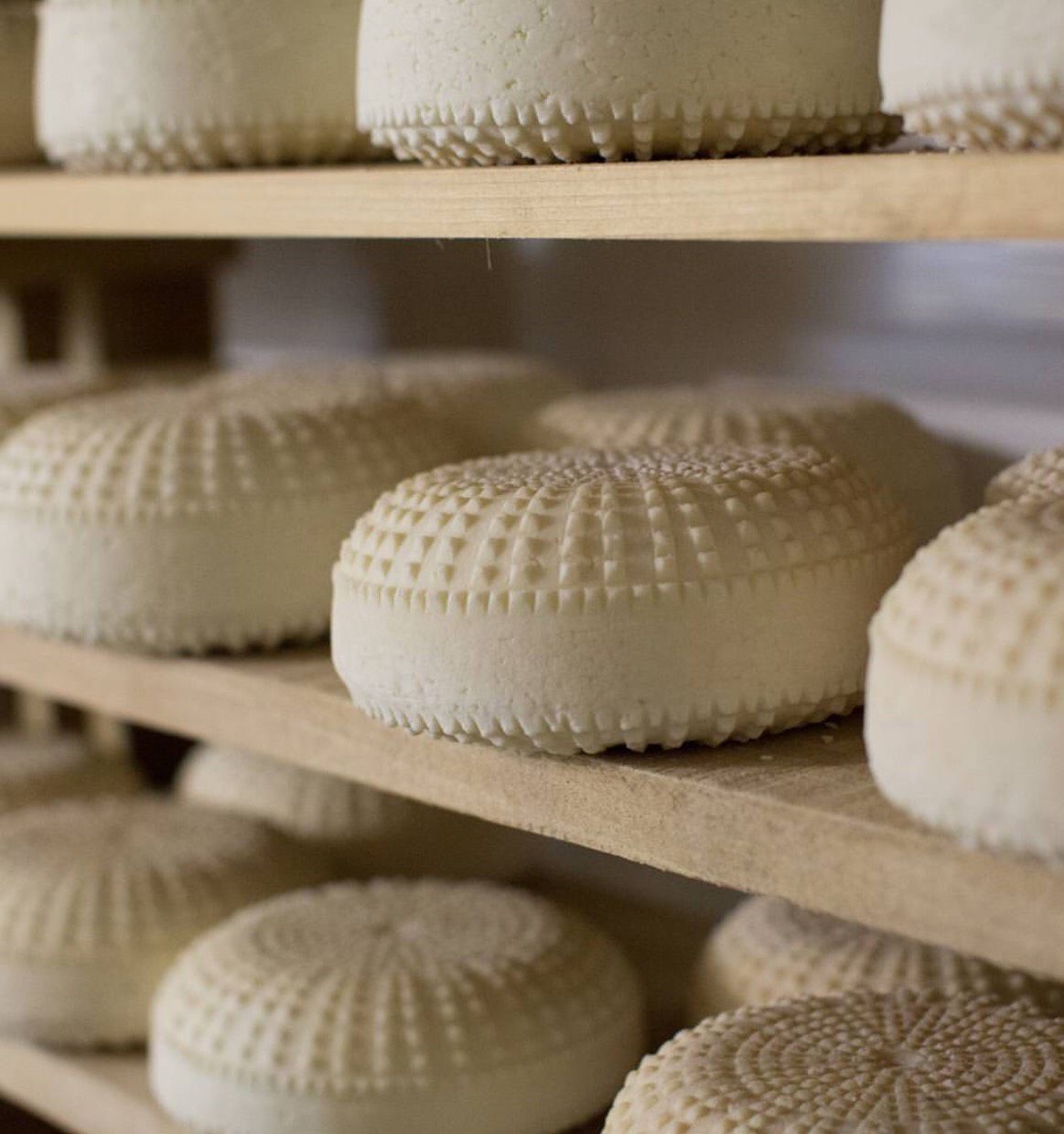 Wheels of Rosa Maria sit on shelves to age for months at the creamery. 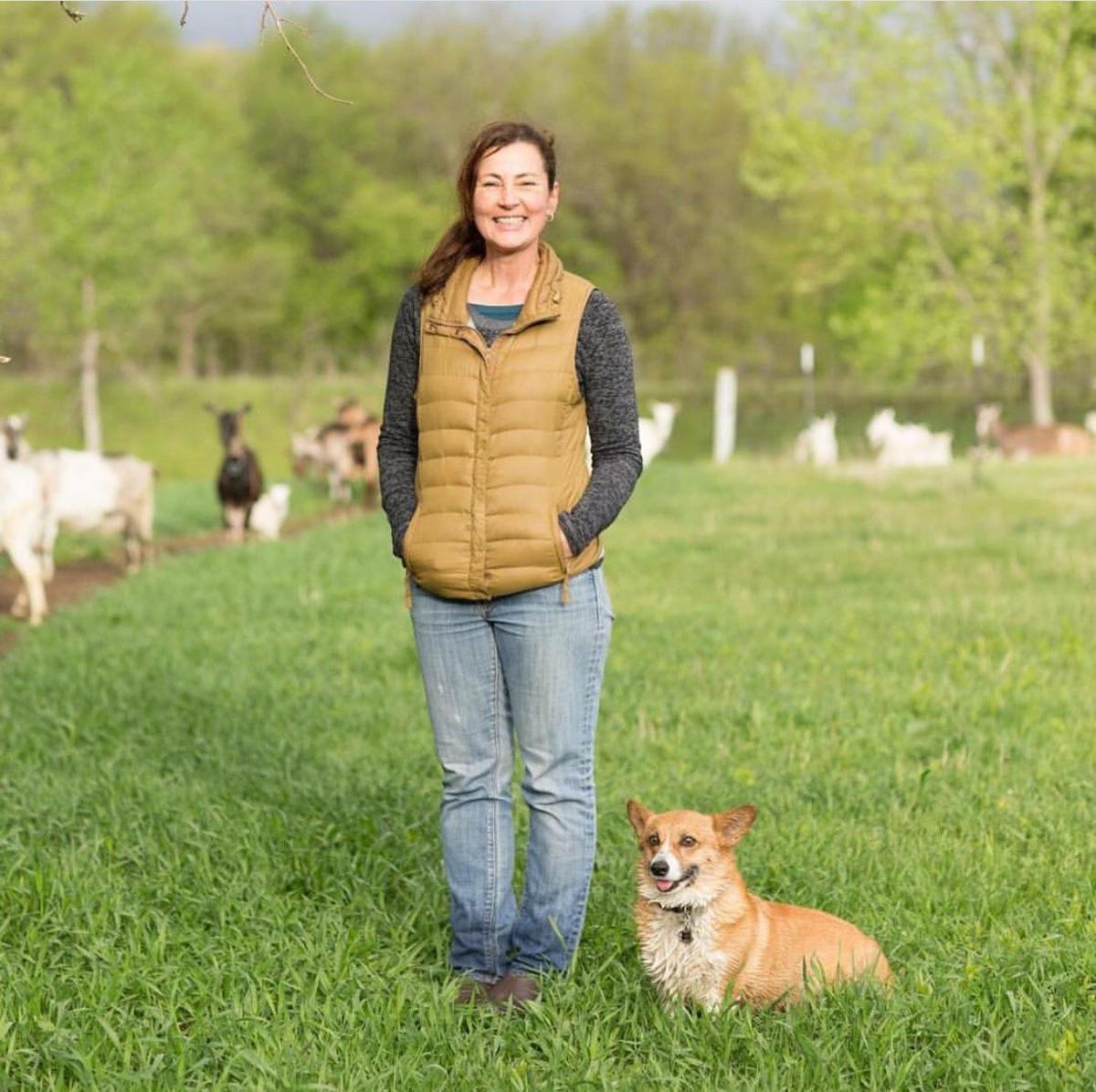 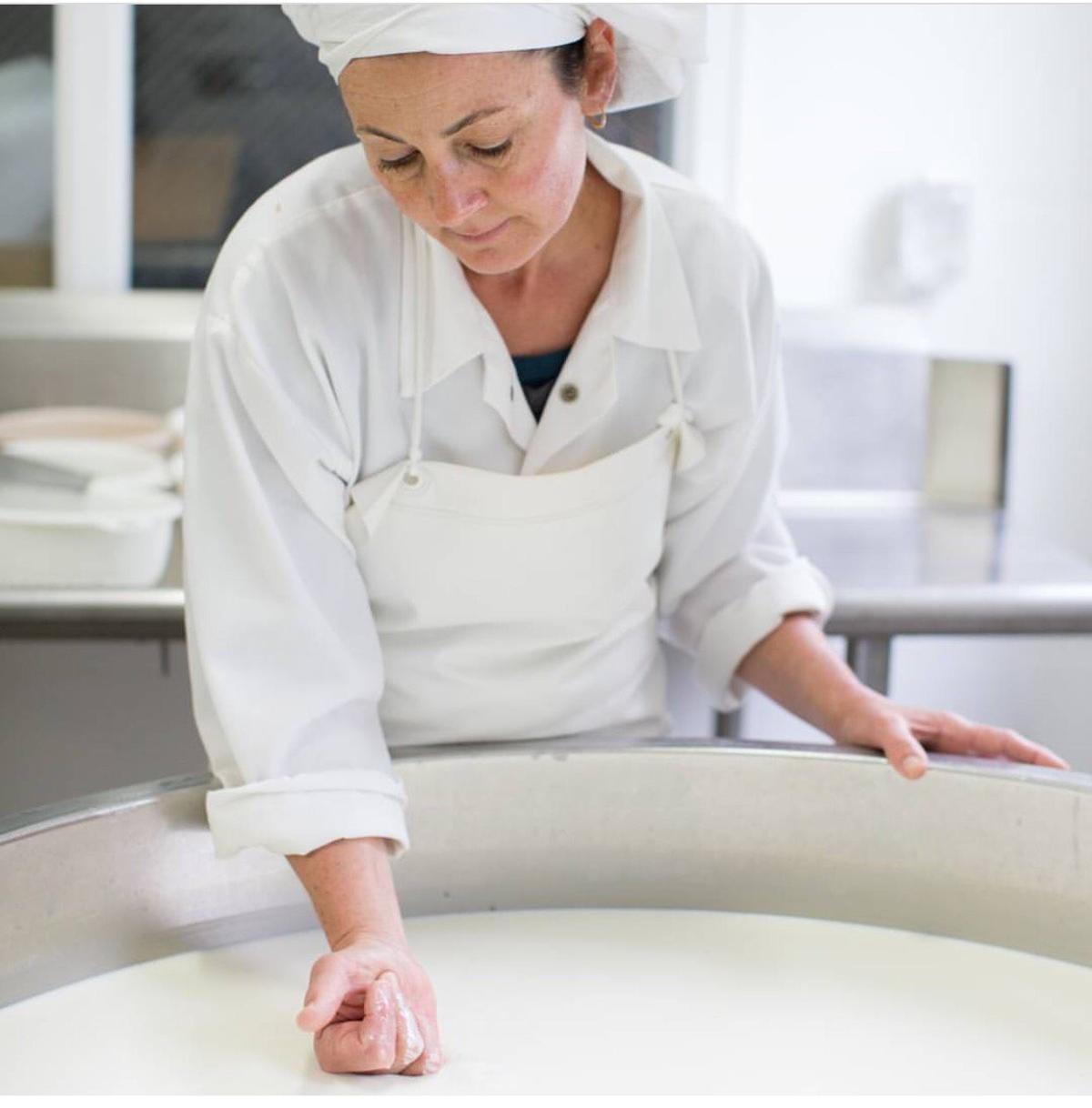 Charuth Van Beuzekom carefully makes a batch of cheese at her creamery in southwest Lincoln.

Rosa Maria is plump and round with a rough exterior.

She’s a bit older, but always ages nicely. And of course, she’s award-winning.

The win was the third time the Spanish-style hard goat cheese took first at the competition in Pittsburgh.

“Winning first place again in ACS, you think ‘oh, it must've been a fluke’,” said Dutch Girl Creamery owner Charuth Van Beuzekom. “But winning a third time means I really have (the skill); it made me realize that I can make a really good cheese.”

The competition is fierce — more than 2,000 cheese entries from farms around the country flood in every year. A technical judge deducts points for flaws from a perfect score of 50 and an aesthetic judge awards points for outstanding qualities to a maximum score of 50, according to the society’s website. A perfect overall score is 100.

Last year, Van Beuzekom’s cheese received a prestigious score of 99.1 but was still at tenth place.

It takes six to eight hours to make a batch of Rosa Maria, and then six to 12 months to age it. As each wheel gets older, the savory nutty flavor becomes more rich.

The cheese is actually named after Van Beuzekom. She is a Dutch citizen but was born in Rosas, Spain, and her middle name is Maria. Dutch Girl Creamery is part of ShadowBrook Farms, located on the edge of southwest Lincoln and run by Van Beuzekom and her husband, Kevin Loth.

Rosa Maria is just one of the eight types of cheese they create. There’s a Camembert-style called Manon, full with notes of mushroom and earth; Calypso, pungent and salty like Feta and Chèvre, a creamy, spreadable cheese with a lemon flavor, among others.

“I have three sons, and I think of all of my cheeses like my daughters,” Van Beuzekom said.

ShadowBrook Farms opened in 1996 after Van Beuzekom and her husband moved to Nebraska from California to start a farm of their own. Loth had degrees in agroecology and environmental studies, so the farm was originally going to focus on chemical free, non-GMO seed vegetables.

But Van Beuzekom had an itch to someday raise livestock of her own.

“I grew up with goats,” Van Beuzekom said. “And my husband said, 'If you’re going to have them, you have to make them pay for themselves'. It’s really expensive to get into dairy, and a lot of work. But we weren’t really afraid of work; I guess we were pretty naive.”

A couple of grants and a Kickstarter campaign later, the Dutch Girl Creamery was born in 2006, complete with 17 milking goats. Now the creamery has about 200 goats, with 150 of them milking.

ShadowBrook Farm is 34 acres of specialty vegetable gardens with 12 acres of alfalfa and green pastures where the goats graze. They consistently sell their products to four farmers' market locations in the area: Lincoln Haymarket, College View, Omaha Old Market and the market in Aksarben Village. Local chefs also love to purchase their produce and cheese.

“There are a number of (ShadowBrook Farms) items on our menu,” said Rachel McGill, DISH restaurant owner. “We use them in our appetizers and use their (cheese) crumbles on our salads. We really love to work with them.”

DISH has been working with Dutch Girl Creamery for 10 years. The downtown Lincoln restaurant gets direct deliveries and also goes to the farmers' markets to pick up extra produce.

“The (customers) absolutely love the (cheese),” McGill said. “Our most popular appetizer is whipped chèvre, something we buy every week. It’s local and such a fresh product.”

Somebody always has to wake up early to milk the goats — something employees at the creamery do twice a day for cheese-making. Milking takes three hours but the hard work produces the white, marbled, tangy, creamy or crumbly cheeses that more people are coming to love.

“Here I am in Nebraska and no one knows who I am, so it’s important to win these competitions,” Van Beuzekom said. “I thought no one was going to want these (stinky cheeses), but I sell out of them every week.”

You don't need a green thumb to grow vegetables indoors.

The day U.S. Secretary of Agriculture Sonny Perdue announced the White House plan to spread $12 billion of taxpayer salve on its festering tar…

Wheels of Rosa Maria sit on shelves to age for months at the creamery.

Charuth Van Beuzekom carefully makes a batch of cheese at her creamery in southwest Lincoln.