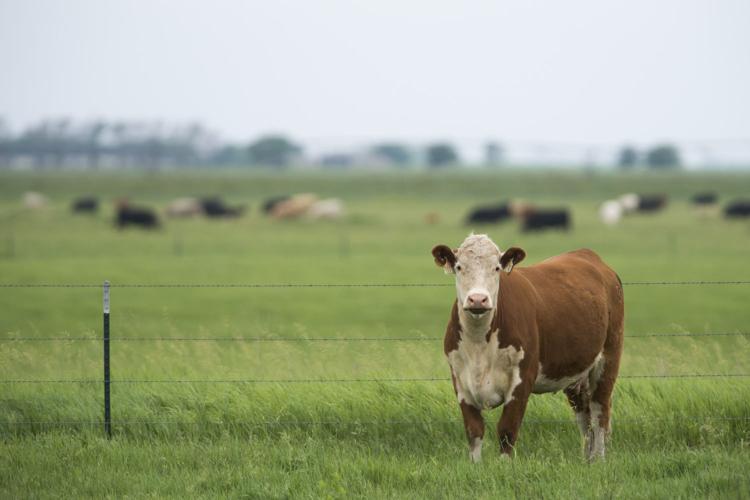 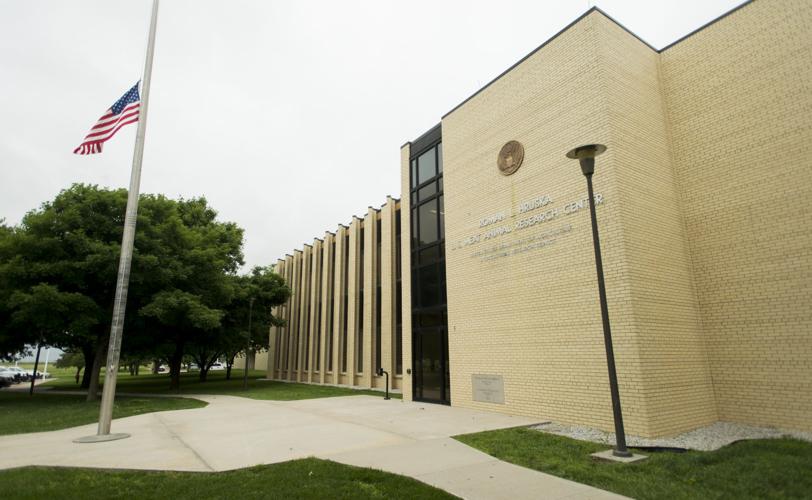 The U.S. Meat Animal Research Center is near Clay Center.

Hundreds of earthen/concrete bunkers are scattered across the 34,000 acres of land operated by the U.S. Meat Animal Research Center near Clay Center. The center is on land once used as a U.S. Navy ammunition depot. 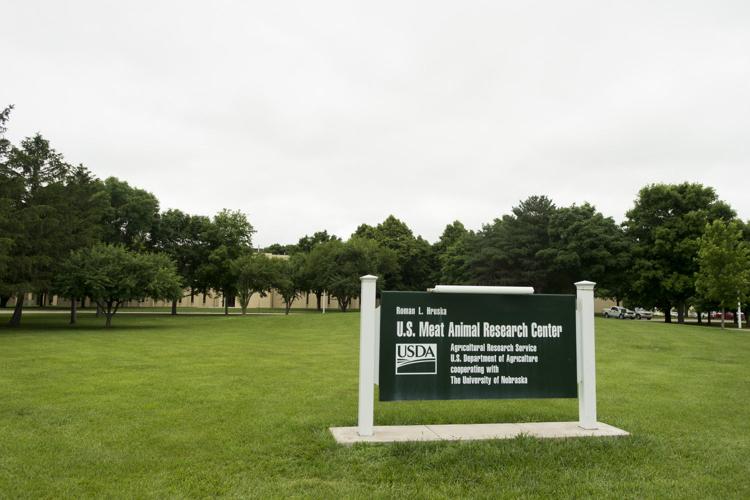 The U.S. Meat Animal Research Center is on land formerly used as an ammunition dump near Clay Center.

CLAY CENTER -- The federal livestock research facility in Nebraska at the center of an animal abuse controversy says it has addressed all the recommendations of an independent review of its animal care practices, and a moratorium on new research has been lifted.

The center’s focus is on scientific studies to help the livestock industry boost meat quantity, quality and safety. Its experiments range from testing steaks for tenderness, testing feed additives for fattening cattle to sequencing DNA.

The center is one of 49 federal research facilities under the USDA Agricultural Research Service. Vilsack ordered a review of livestock care at those facilities in the wake of public outcry spurred by a January New York Times story that alleged a long-held culture of abuse at the Nebraska center.

The New York Times report focused on projects, some dating back 30 years, involving swine, cattle and sheep. Only one of the studies detailed in the report -- an effort to improve the survivability of pasture-born lambs through breeding -- remains ongoing.

John Pollak, director of the Nebraska center, said it has addressed seven of the recommendations for animal care and well-being made in a report by a five-member panel that toured the center in March.

The USDA panel said it found no mistreatment but did make several criticisms, including that the center’s animal welfare committee wasn’t fulfilling its responsibilities to review and oversee research.

The revelation that the center’s animal welfare committee did not meet USDA recommendations caused problems with publishing research done at the center.

The nonprofit organization that oversees the Journal of Animal Science, a peer-reviewed scientific journal, suspended publication of all papers from the USDA research center. To be published, the journal requires all research done after 2003 be approved by an animal care committee that meets certain guidelines, which the center's committee did not.

American Society of Animal Science Chief Executive Officer Meghan Wulster-Radcliffe said that once those papers get the blessing of the new animal welfare committee, they can be resubmitted for approval. She declined to say how many projects have been affected.

The board is reviewing research previously published in the journal to ensure it meets all requirements. The journal plans to list affected papers, likely in a fall issue.

The research facility, which has a $22.7 million taxpayer-funded budget, sits on 34,000 acres of a World War II era naval munitions depot between Hastings and Clay Center. It employs more than 100 scientists and technicians.

The center has operated in collaboration with the University of Nebraska nearly since its founding by Congress in the 1960s.

While USDA scientists oversee research, about 100 University of Nebraska employees handle day-to-day operations, including animal care and maintenance. USDA and UNL are currently negotiating changes to their cooperative agreement. The review recommended clarifying lines of responsibility for the oversight of animal care, research and teaching.

Despite these close ties, UNL officials have decided against conducting their own investigation into accusations of past neglect and abuse.

Earlier this year, in response to the controversy, bills seeking to shield farm animals used in experiments by extending humane treatment requirements of the Animal Welfare Act to federal research facilities were introduced in both the U.S. House and Senate, garnering the support of dozens of legislators. Both bills have been referred to committee.

Some supporters of the research center, including former Nebraska Sen. Bob Kerrey, fear the bad publicity could affect federal appropriations for the center.

Kerrey called on UNL to be diligent in its follow-up on the abuse accusations, but he stopped short of calling for a separate investigation.

“All those jobs are going to be at risk and the research is going to be at risk,” Kerrey said. “Given the risk to the university of losing that research facility … if USDA concludes that three-fourths of what the New York Times reported is accurate, that facility could get shut down.”

Archie Clutter, dean of agricultural research at UNL, said in a recent email that since late March UNL Institutional Animal Care Program staff has conducted training for all university and USDA animal care and research staff. The research center’s and UNL’s separate animal care committees are jointly overseeing animals owned by the university, as well as any collaborative research.

“We continue to support the USDA investigation, which is still ongoing. And we expect to help respond to recommendations from this ongoing process that can strengthen what the external panel found to be excellent animal care at the site,” Clutter said.

UNL Vice Chancellor of the Institute of Agriculture and Natural Resources Ronnie Green in an interview called the New York Times article a “gross misrepresentation” of research at the center.

“The way the article was presented, the way things were strung together over a long period of time to make it appear that animal care was not appropriate in the research program was just not correct,” said Green, who did his doctorate work at the research center and would have overseen the center from 2003 to 2008 as the national program leader for animal production research for the USDA’s Agricultural Research Service.

The USDA Office of Inspector General is reviewing the Nebraska center’s research practices and operations regarding animal welfare.

As part of its improvements, the research center also has expanded its record keeping to include sheep, which previously were not tracked, and created a new animal welfare plan emphasizing policies and procedures, training and oversight.

Late last week, the research center opened its doors and gave tours to about 100 people, including students from Texas A&M University and Steve Goll, director of research and development at Tyson Foods Inc. Goll is president elect of the American Meat Science Association, which organized the tours as part of its 68th annual conference in Lincoln this week.

“I’ve been impressed with the facilities as well as the professionalism and intellect of those who work here,” he said after a three-hour tour.

As part of the tour, the research center showed off a camera for grading meat that was developed in partnership with Tyson.

Some people splash around in the stream of life when they’re getting things done, and others just paddle ahead calmly, leaving behind quiet ri…

Caffeline: A cafe for cats in need of homes

Caffeline is where all the cool cats will hang out, according to Lizz Whitacre, a 21-year-old entrepreneur and animal advocate.

Seeking "protection for our No. 1 industry," a Nebraska lawmaker is pushing to make farming and ranching guaranteed rights under the state Con…

A federal livestock research facility near Clay Center should improve oversight of animal welfare and be more transparent with its research, s…

U.S. Agriculture Secretary Tom Vilsack on Monday ordered a stop to new research projects at a federal research facility in Clay Center until i…

A recent review of an embattled federal research facility in south-central Nebraska has prompted renewed criticism from animal rights activists.

The U.S. Meat Animal Research Center is near Clay Center.

Hundreds of earthen/concrete bunkers are scattered across the 34,000 acres of land operated by the U.S. Meat Animal Research Center near Clay Center. The center is on land once used as a U.S. Navy ammunition depot.

The U.S. Meat Animal Research Center is on land formerly used as an ammunition dump near Clay Center.