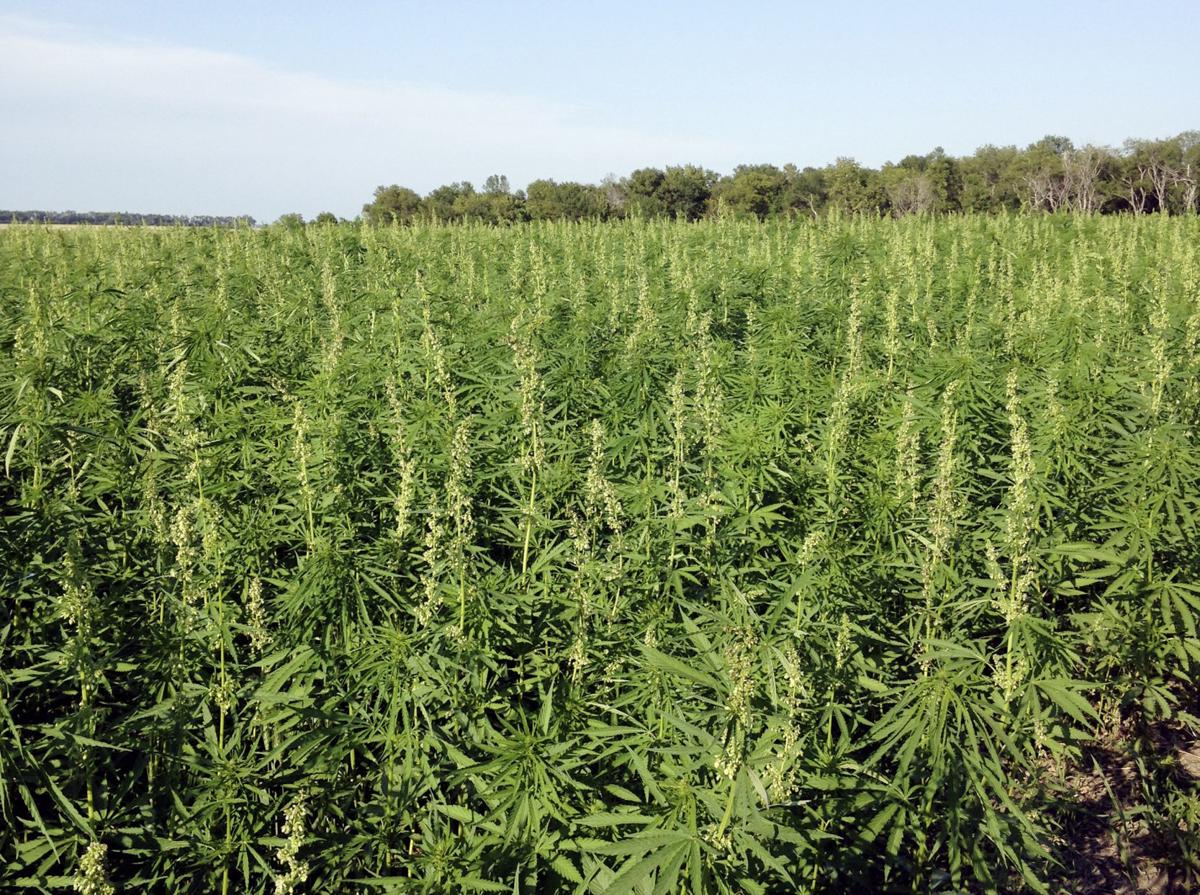 This July 2016 photo provided by the North Dakota Department of Agriculture shows industrial hemp growing in a field in North Dakota's Benson County. 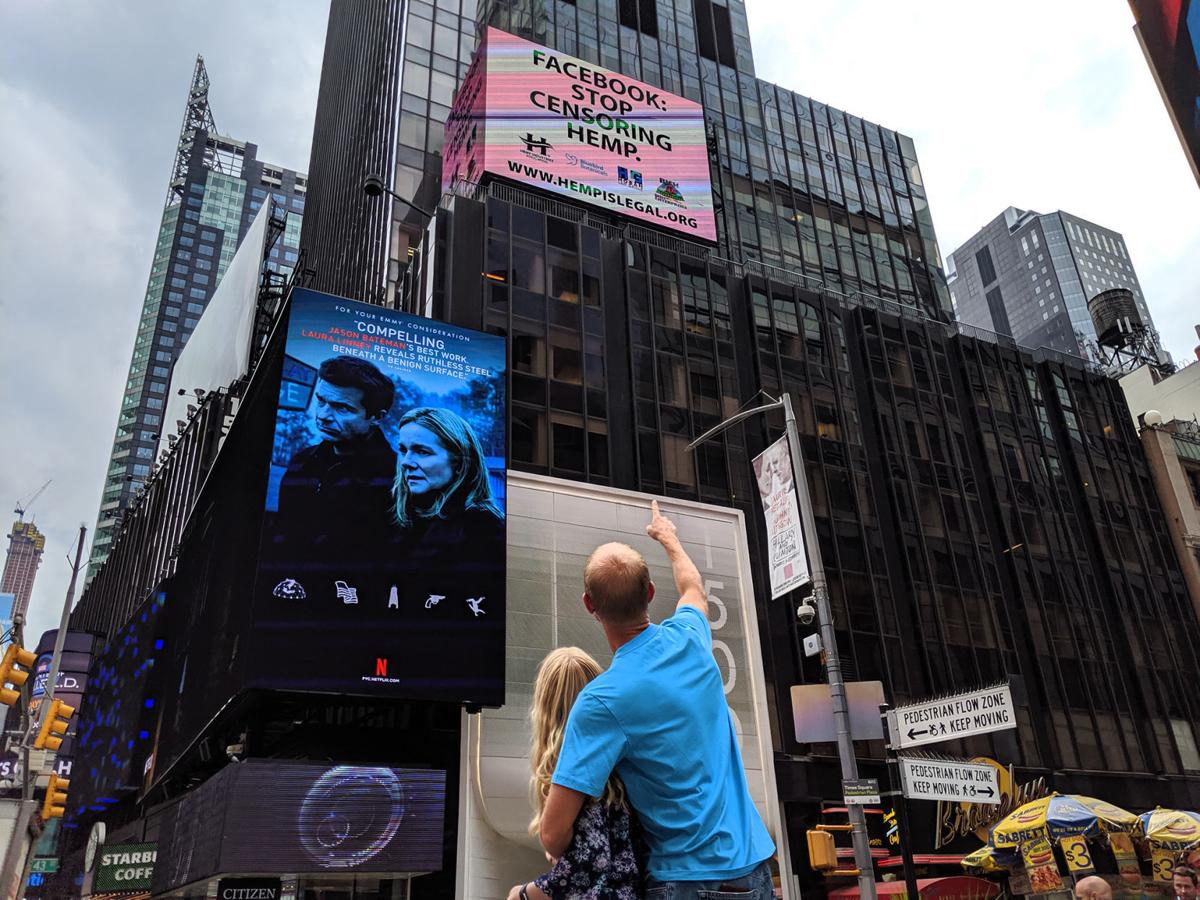 Nebraska's hemp farming act has passed, is signed and delivered.

With an emergency clause, it's already in effect.

But farmers and others who want to participate in growing the alternative crop are still waiting for the state Department of Agriculture to take their permit applications. Planting season is ... now.

A notification on the Agriculture Department's website says: "Coming soon."

"At this time," the message reads, "information regarding growing, processing or cultivating industrialized hemp is not yet available as details are still being developed. We urge you to continue monitoring this web page for timely updates."

The department should have been ready to go on this, growers and advocates say.

Andrew Bish of Giltner, the chief operating officer of Bish Enterprises and the founder of Hemp Harvest Works, has harvested industrial hemp in Colorado, Kentucky and Tennessee.

He said he was told by members of Gov. Pete Ricketts' administration that there could be at least a week delay on the permitting process to ensure testing facilities can handle the volume needed and do it quickly.

A week delay wouldn't really be a problem, Bish said, if that's valid. There would still be an opportunity to grow it here this season.

But others have said they heard it could be July before permits can be issued.

Christin Kamm, spokeswoman for the Agriculture Department, said she could not speak to whether there is a delay. The staff is working on it, she said.

Taylor Gage, Ricketts' director of strategic communications, said Sen. Justin Wayne's bill (LB657), which made hemp a viable agricultural crop, was just signed into law a week ago and the department is working to get the program going.

"(The Ag Department) and (Nebraska State Patrol) are currently working on how to test the product as directed by the legislation," he said.

Bish said he's been repeatedly told Ricketts supported the bill, but every time he and others negotiated the bill with the governor's office this session there was resistance. And then Ricketts took the full five days allowed to sign the bill.

"There's definitely a dragging of the feet occurring," Bish said. "But there's still opportunity if they do get it done. There could be some growth."

Even if delayed until July, he said, some grain and fiber crop could be planted and grown. But for most Nebraskans this year, it would be not so much a cash crop, but an experiment.

Bish said once the permit process is opened, he thinks 50 to 80 farmers could apply this year. He emails regularly about 135 farmers who have expressed interest.

Kansas passed its industrial hemp research program bill, based on the 2014 U.S. farm bill, last year and rules and regulations became effective in February. It has issued nearly 160 active grower licenses, 16 distributor licenses and 32 processor licenses, according to the Kansas Department of Agriculture website.

Sen. Tom Brandt of Plymouth, who prioritized the Nebraska bill, said he would be disappointed if there is a delay. The bill lays out what needs to be done, and clearly had support of the Legislature on all three readings, he said. So the department has had time to put what is needed in place.

In fact, the Legislature has been working on getting hemp legalized in one bill or another for the past dozen years, said John Hansen, president of the Nebraska Farmers Union. The 2014 U.S. farm bill finally opened the door, he said.

Still, he said, ushering this year's bill through the Nebraska Legislature has been a high maintenance project, he said.

"We did everything the county attorneys, the attorney general and the Department of Ag asked us to do," Brandt said.

Nebraska is one of 40 states that have grown hemp since the passage of the federal 2014 farm bill, but is the state with the lowest amount, just one acre in a research plot at the University of Nebraska's Mead facility, Brandt said. A lot of states have significant acres.

Brandt would like to see a number of Nebraska producers attempt to grow hemp this year, he said. Farmers have had an awful spring, he said, with devastating floods, loss of cattle, conditions that caused late planting. Hemp has gotten farmers talking about having something new.

Getting some plots going in the state would allow the ag department to fine tune and see what's not working correctly and needs to be done next year, he said.

"It primes the pump. If you can get 10 producers or 50 producers this year to attempt it, maybe next year you get 500 producers, and it brings that infrastructure into the state," he said.

Gov. Pete Ricketts signed a bill Thursday that will clear the way for farmers to plant hemp as an alternative crop.

Hemp bill ready to be debated; some farmers are eager to plant this spring

With growth and production of industrial hemp newly legalized by the 2018 federal farm bill, the Legislature began Tuesday to shape legislatio…

Mike Amos has received many phone calls about his late father, George Amos, but the one from his former classmate Mike Jahnke — now a Nebraska…

Could birder tourism catch on in Nebraska?

It's been a little more than a year since Birds of Nebraska-Online went up, sponsored by Nebraska Game and Parks, and already the site is draw…

Still no permit process for hemp in Nebraska, but farmers plant two plots of heirloom hemp

The first industrial hemp crop planted in Nebraska since the 1950s was hand-sown Sunday evening in a field near Giltner.

Prospective hemp growers can apply for licenses in Nebraska

Growers looking at the possibility of growing hemp this season can apply for a license with the Nebraska Department of Agriculture.

The Nebraska Department of Agriculture chose 10 randomly drawn applicants early this month, of 176 filed, to be licensed for hemp production a…

This July 2016 photo provided by the North Dakota Department of Agriculture shows industrial hemp growing in a field in North Dakota's Benson County.