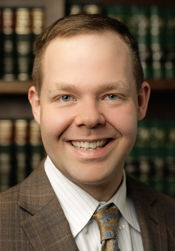 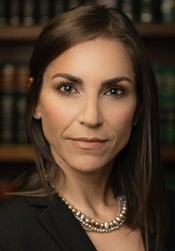 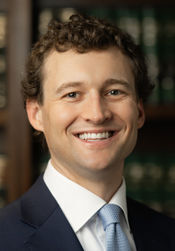 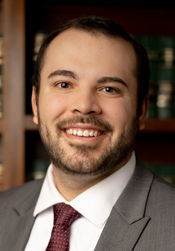 Wurdeman’s practice focuses on bankruptcy and civil litigation. He received his bachelor’s degree from Indiana University, Bloomington, where he majored in English and Psychology. Wurdeman received a master's in English from Ball State University in 2017 and graduated with distinction from the University of Nebraska College of Law in 2020. Wurdeman served as Wolfe Snowden’s law clerk before transitioning to an associate position with the firm. He is originally from Indianapolis and enjoys traveling the Midwest with his family.

Pilka’s practice focuses on business entities and corporations, commercial transactions, real estate development and estate planning. She received her bachelor’s degree in Psychology from the University of Colorado - Boulder and a master’s degree in Advertising and Marketing from the University of Nebraska – Lincoln. She received her Juris Doctor from Arizona Summit Law School. Pilka is licensed in Nebraska and Arizona.

Windle’s practice focuses on civil litigation with an emphasis on defending claims of professional negligence. He received his bachelor’s degree, with highest distinction, in Political Science and Economics from the University of Nebraska – Lincoln. He graduated from the University of Virginia School of Law, where he was a Dillard Fellow in the law school’s Legal Research and Writing Program. After graduating from law school, Windle practiced in Washington, D.C. with two international law firms before moving home to Lincoln.

Matulka’s practice focuses on civil litigation with an emphasis on insurance defense. He received his bachelor’s degree from the University of Nebraska – Omaha where he majored in Political Science with a minor in English. He graduated from the University of Nebraska College of Law. After law school, Matulka worked as an assistant city attorney in central Nebraska before moving back to Lincoln to join Wolfe Snowden.

Wolfe Snowden was established in 1977. It is a full-service firm located in the Wells Fargo Center. The firm offers a full range of legal services with special concentration in the areas of insurance defense, transportation litigation, malpractice and professional licensure defense, construction matters, corporate and employment law, commercial transactions, business litigation, bankruptcy, probate law, and estate planning. For more information, please visit our website at wolfesnowden.com.

After 26 years leading the Nebraska Realtors Association CEO, Tammy Brookhouser, will be retiring at the end of 2021.

Assurity has promoted Nick Stremlau, FSA, MAAA to senior director and actuary, product management. In his new role, he will lead the design an…