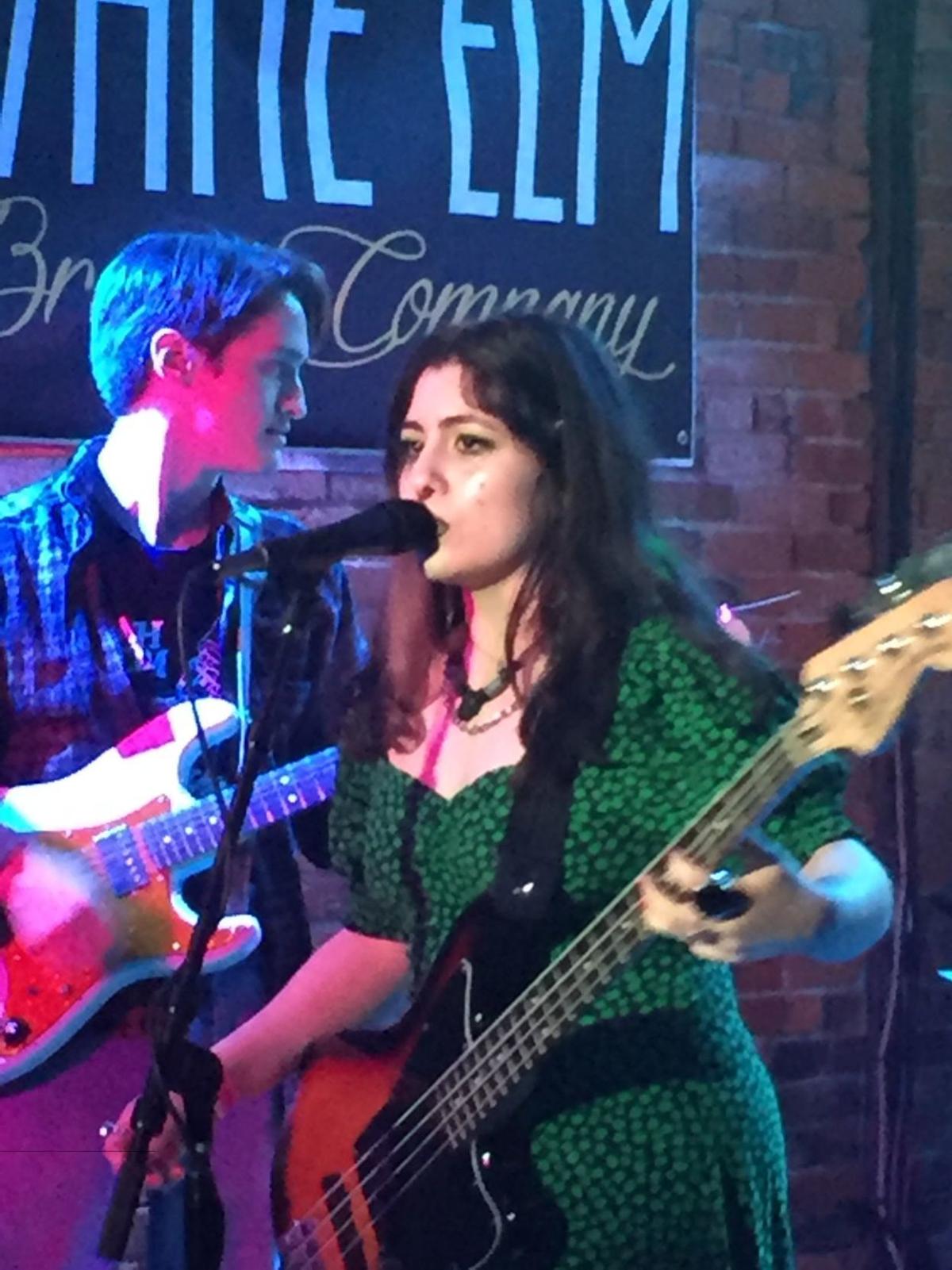 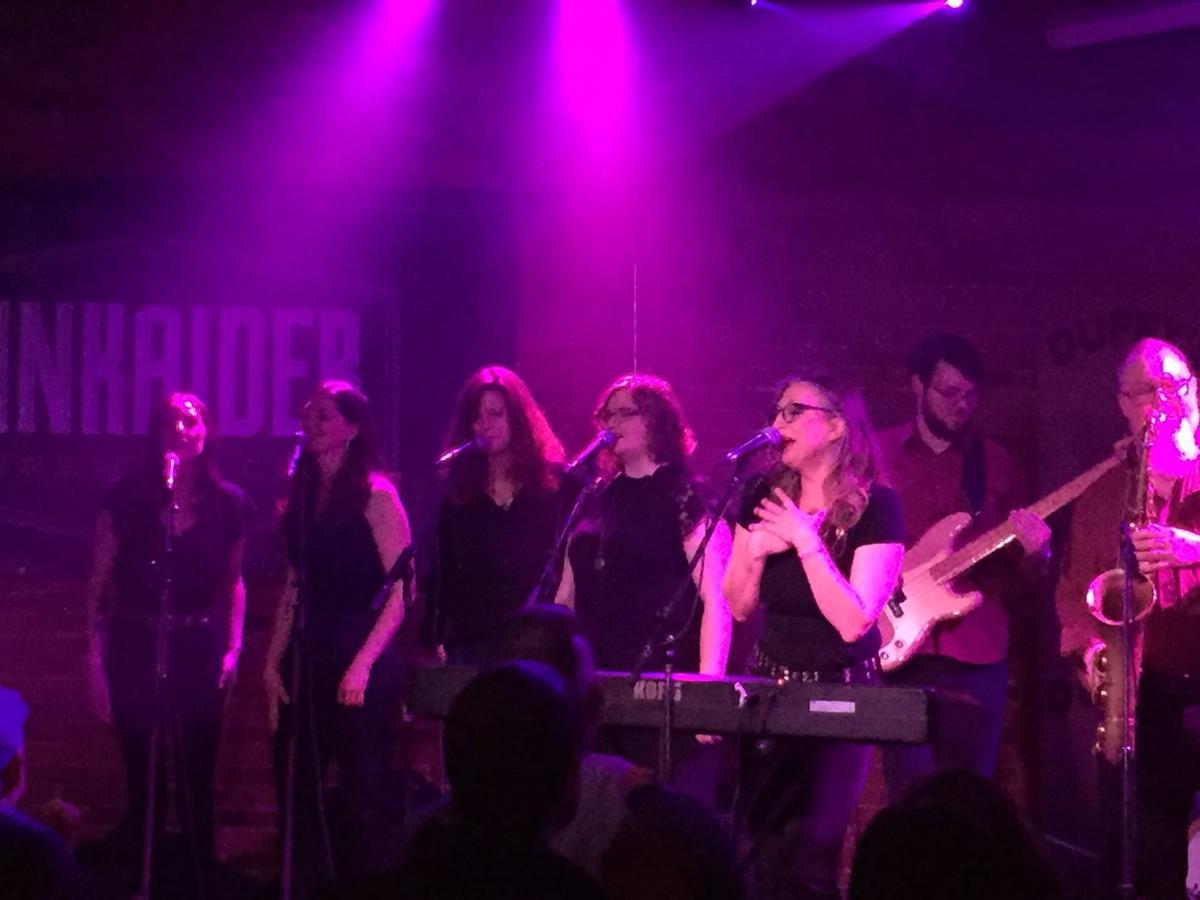 Emily Bass and the Near Miracle performing at Duffy's Tavern Saturday during Lincoln Exposed.

Back in early days of South By Southwest, the music conference (there were no film or interactive components then) often closed with a gospel night — the perfect way, in my view, to end the festival.

That’s the first thing that came to mind Saturday night when I walked into Duffy’s Tavern to catch Emily Bass and the Near Miracle at Lincoln Exposed.

In part, that’s because much of her version of soul that comes from Bass, her four backing singers and band that includes a saxophone, comes right out of the gospel tradition.

But it’s more because the Near Miracle’s music catches a beautiful, uplifting groove and then gets taken over the top by the exuberant, energetic, engaging, entertaining Bass.

A fine keyboardist and flawless singer, who’s dead on with ballads and screams, Bass is all in every time she performs — a quality that brings to mind early Bette Midler. And with the band and singers, she veers from paying tribute to Carole King toward jazz, the handclap soul — all while bouncing at the keyboard, passionately flinging her arms and, at times, moving with the black-clad dancers.

I knew within the first couple minutes that I’d be leaving Lincoln Exposed a few minutes after Bass and band finished. I had to hang around long enough to tell Bass that her set was the coolest thing I saw during the entire festival.

An hour or so earlier, I caught another riveting performer, who, for me, was the star of Lincoln Exposed 2020.

Friday night Aramara Tapia was the secret weapon that took Thirst Things First into a higher dimension of entertainment and fun — with her singing, dancing and saxophone. Saturday, she went in a different direction, picking up the bass and leading Histrionic through an energetic, hard-slamming set at Bodega’s Alley.

A performer par excellence, Tapia hit the stage in a green dress with glitter on her face (never look like the audience if you really want to put on a show), immediately engaged with the crowd talking at the mic, then threw herself into the songs, bending over backwards to play the bass, and, a few times, posing for photographers — that’s a true pro trick that I’ve seen from Iggy Pop, Aerosmith’s Steven Tyler and, surprisingly Sinead O’Connor.

Tapia was also one of the Lincoln Exposed organizers, helping to put together one of the best, if not the top version of the 15-year-old local music fest.

Thirst Things First bounced, danced, sang and played — with intensity and humor for 50 minutes — at Duffy's Tavern on Friday night.

So Rosie Bones, what is Bones UK doing on tour with, of all bands, Korn and Breaking Benjamin?

The first Lincoln Exposed 15 years ago was just 23 bands playing to a few hundred people over a week inside the Zoo Bar. Now, it’s a four-night event that will feature 115 bands -- drawing hundreds each night to four or five venues.

The Credentials impress on night one of Lincoln Exposed 2020

The Credentials’ Everest Sturdevant stepped to the microphone to start the band’s Lincoln Exposed show Wednesday, saying “This song is called …

It won't be a Saturday in the Park, but it will be a Wednesday night at Pinewood Bowl.

Any money received through donation will be channeled by YouTube to the Lincoln venues involved in Save Our Stages, which is aimed at supporting live music venues that have been shut down since March.

Emily Bass and the Near Miracle performing at Duffy's Tavern Saturday during Lincoln Exposed.